By Chris Katsaros and Enrique Luna |

For much of April, Ald. Susan Sadlowski Garza (10th ward) has been self-quarantining and working from home because somebody in her office was diagnosed with COVID-19.

She is one of many political leaders urging the public to stay home and practice social distancing amid the global pandemic.

“I cannot stress enough, you cannot hold church service,” Garza said. “You cannot have your dogs groomed. You cannot get a haircut. People need to take this seriously.”

Garza’s warning — echoed by Mayor Lori Lightfoot and Gov J.B. Pritzker — has been taken to heart by the city and has been slowing the increase in coronavirus cases, even while death rates in the state skyrocketed in mid-April.

John Herrmann, an associate professor in the division of epidemiology and biostatistics at University of Illinois at Chicago’s School of Public Health, said the outbreak’s management “has been ridiculously bad, almost comically bad.”

“We really have no idea how many people have been infected already,” he said. “The test that we are using ... the polymerase chain reaction test, is estimated to be missing maybe 10% to 30% of the positive [cases].”

Of those confirmed cases, Chicago has one of the highest infection rates among minorities in the country.

Illinois jails and nursing homes — particularly in Chicago — have been targets for COVID-19.

Chicagoland area nursing homes are reporting that in Cook County, 100 facilities have reported five or more cases of COVID-19, totaling 804 cases and 144 deaths. Nationally, more than 10,000 U.S. nursing home patients had died of COVID-19, as of April 23.

How is Illinois Handling COVID-19?

Illinois has the nation’s sixth-largest population and is home to the third-most populous city in Chicago. So how is this state handling the COVID-19 outbreak compared to other highly populated states?

Herrmann said he thinks testing for COVID-19 can be handled better. He proposed a better test than the polymerase chain reaction test currently being used.

“Cyril surveillance tests for antibodies,” he said. “that should be a pretty simple test to develop and a pretty easy test to validate.

While there may or may not be room for improvement regarding testing, Illinois’s political leaders have been proactive in reshaping existing hospitals and facilities to accommodate more patients should the need arise.

Pritzker, Lightfoot and U.S. Sen. Tammy Duckworth (D-Illinois) visited McCormick Place on April 3 to assess a new 2,000-bed facility being constructed to relieve Chicago hospitals of the heavy rush of COVID-19 patients.  Lt. Gen. Todd Semonite of the Army Corps of Engineers, along with the Illinois National Guard, have converted the largest convention hall in the United States into a medical facility.

According to city officials, the medical care facility at McCormick Place began accepting patients on April 17, but two weeks later officials started discussing how to close it down as hospitals could handle the caseload of patients.

“I never want to get to a place where our families or our friends don’t have a place to heal,” Pritzker said, “or where our hospitals don’t have the capacity to give them the best chance possible to beat COVID-19.”

On April 23, Pritzker extended Illinois’s stay-at-home order through May 30. The extended order goes into effect May 1 and mandates that Illinoisans stay home at all costs, excluding essential services.

The governor also announced several updates to the order:

Restaurants and bars have been limited to takeout-and delivery-only since March 16. After announcing a temporary closing, Pritzker announced on April 17 that all schools will be closed for the remainder of the school year and students would continue schoolwork from home.

Pritzker has consistently advocated for his state to unify and follow his orders during this pandemic. Has Illinois, however, taken the necessary measures in defeating COVID-19? Experts say there may not be a definitive answer until testing is made commercially and efficiently available to all Illinoisans.

“Until we have a vaccine, testing is the key to obtaining the health information necessary to help prevent the spread as well as safely reopen the state and return to work.”

This was the sentiment of Dr. Ngozi Ezike, the director of the Illinois Department of Public Health during an April 16 Pritzker press conference.

Garza said she has been alerted to people violating the stay-at-home order in her ward.

“On Sunday [April 5] I got word that three of our churches in our ward were holding service, so we had to call the police on that,” Garza said. “I’m worried that the weather is going to get nicer, that’s going to drive people out of their house.”

Garza also mentioned that in addition to calling the police, if churches continued to hold services in her ward, they could be hit with a fine “up to $5,000.”

“We’re done playing around,” she said. “We’ve asked nicely for them to comply. We’re doing this because we need to be respectful of people.”

Life during a stay at home order affects everybody, but different demographics have to overcome different challenges. One group in particular whose confirmed COVID-19 cases numbers have been underreported is the Hispanic/Latinx community.

The 10th ward encompasses Chicago’s far southeast side. About 78% of the population in this ward is Hispanic/Latinx, and there is a large undocumented population, according to Garza.

“Those are people that are in the shadows anyway, they kind of lay low,” she said, referencing her ward’s undocumented population. “People that have lost their jobs and won’t be able to apply for unemployment.”

According to City of Chicago data, there have been 4,756 confirmed cases of COVID-19 among Latinx people, accounting for 32.2% of total cases, as of April 29. Latinx people also have the second-highest death total with COVID-19 with 192, or 22.7% of total deaths.

Garza said her office is working with the Centro de Trabajadores Unidos to ensure that these individuals are receiving the help they need through programs that will not check for immigration status.

The Hispanic/Latinx communities are not the only demographics being heavily affected by COVID-19. The majority of people who have died thus far to COVID-19 in Chicago are black, despite black people making up only 30% of the city’s total population.

“We have 4,680 people that have tested positive [as of April 6] in the city of Chicago,” Garza said. “It is mostly older individuals, 50% of that number is coming from African Americans that are males. Yesterday [April 5] we had 98 deaths, ⅔ of those were coming from our black residents.”

The disparity becomes greater with COVID-19 deaths. A Cook County Medical Examiner's report at the end of April reported 54% of the county's COVD-related deaths are African Americans and 15% were Latino.

Experts say there are several factors that could help to explain this disparity among black and white COVID-19 deaths, but it is worth noting that a majority of the black individuals who have died of COVID-19 had underlying health conditions. Lightfoot addressed this when speaking on a April 12 CBS News program.

“Whether it's diabetes, heart disease, upper respiratory illnesses, the kind of things we've been talking about for a long time that plague black Chicago, that lead to life expectancy gaps. This virus attacks those underlying conditions with a vengeance."

The high number of COVID-19 cases among African Americans in Chicago has continued since Garza had spoken. There have been 5,917 confirmed cases of COVID-19. This accounts for 40% of total confirmed cases, and 458 (54.2%) of the total deaths due to COVID-19 have been Black people.

Other, non-Latinx account for 5.2% of total confirmed cases with 783, and there are also 5,711 cases under investigation.

Another noteworthy statistic is that 836 of those who have died from COVID-19 have had a known medical history, and of those, 774 (92.6%) had underlying chronic conditions.  The most common of these conditions were diabetes, hypertension, and lung disease.

Pritzker said on April 22 that health officials told him that Illinois coronavirus cases wouldn’t peak until mid-May. His announcement came hours after the CDC predicted a possible second, possibly stronger, wave of the virus hitting the U.S. next winter.

But even as the deaths mount and the state has yet to reach its peak, public officials still keep hope. Pritzker has been holding daily press conferences with updates on COVID-19. Most of them end with a call to action, reminding Illinois residents that it is important to stick together in this difficult time.

“Illinois, when I said that we were all in this together, that’s true,” Pritzker said on April 15. “From Cairo to Chicago, from Rockford to Metropolis, we are one Illinois.” 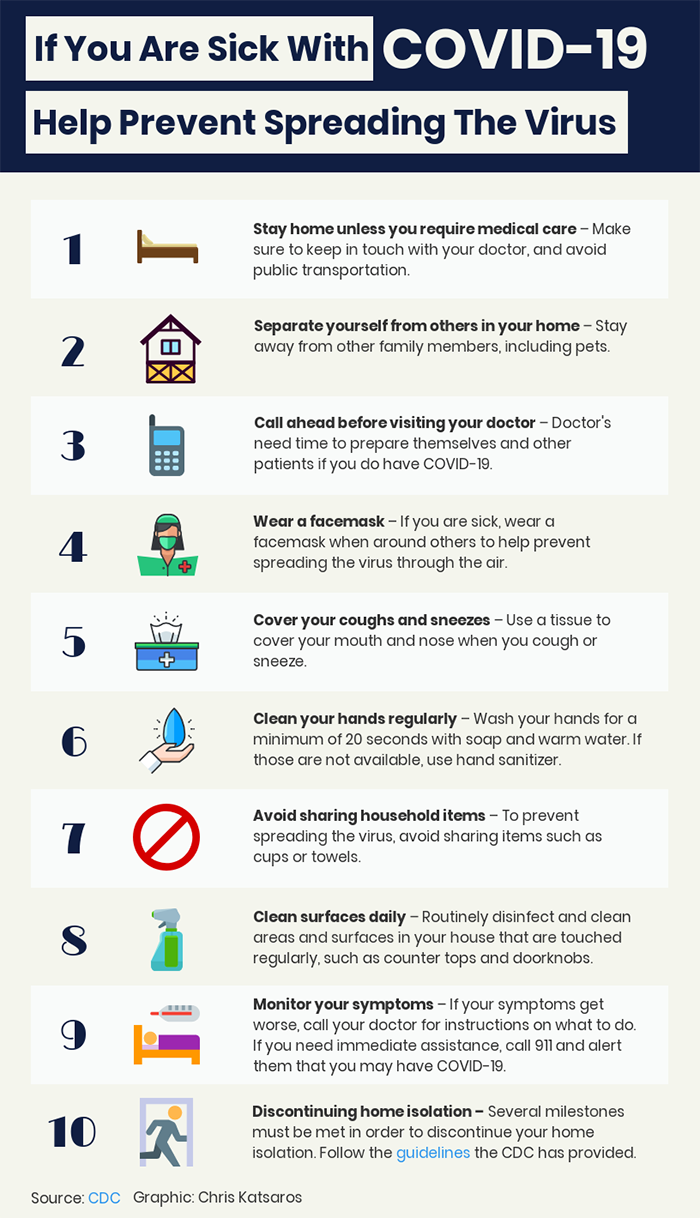