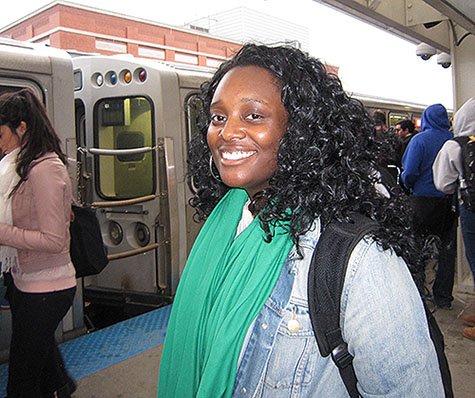 Venise Blow of Calumet City depends on the Red Line South Branch to travel to school and work.

But those plans are about to change.

“I’m looking into riding the Metra,” said Blow, a DePaul University student. “My UPass won’t be much use to me now.”

Blow is one of thousands of commuters that must make new transportation plans between May and October.  The city is providing a number of transportation options to those South Side riders, including free shuttle buses and the Green Line.

On May 19, the CTA plans to cut services to the nine southernmost stations on the Red Line South Branch.  The $425 million reconstruction project – which will replace 43-year-old rails -- is the biggest in CTA history.

The CTA will run free shuttle buses 24 hours a day that will travel from 69th, 79th, 87th and 95th/Dan Ryan stations to the Garfield Green Line station.  Those riders will be able to board Red Line trains at this Garfield station free of charge.  There will also be a 50 cents discounted bus rides on several South Side routes.

Several commuters interviewed agreed that this closure will be a hassle. Shutting down the nine southernmost stations is a major inconvenience for many travelers. Alternative plans include doing reconstruction station-by-station or doing reconstruction work on just the weekend. The CTA has ruled these out.

Aasia Bullock, a college student, said she is glad the city is finally putting money into the South Side neighborhoods.

“It’s inconvenient but it’s good to see the city reaching out to the black community through this reconstruction,” Bullock said.

Construction is scheduled to be five months. CTA officials say that it would take four years to complete reconstruction if it were to take place only on the weekends.

CTA officials say that the five-month reconstruction option will save $75 million as opposed to doing weekend work over a span of four years, as with construction on north side Red Line stops.

“I usually get dropped off at 95th and ride the train to my job,” said Kandice Trice, whose office is near the Chicago Red Line stop. “This is a big deal closing all of these stations. There will be overcrowding. I’m not looking forward to this.”

Trice also said she was looking into prices for riding the Metra instead.

From the Cermak-Chinatown station to the 95th Street station, crews will replace the entire track bed, which will surely eliminate the Red Line South’s well-known bumpy ride. The reconstruction should shave at least 20 minutes off the commute between Roosevelt Road and 95th Street.

Some stations will receive improvements such as paint jobs, new canopies, and lighting upgrades. The 95th Street station, which is the largest and one of the busiest stops but also one of the most dilapidated, will be rebuilt.

“I am happy that the 95th station will get a makeover,” Blow said. “It is really run down. It’s embarrassing.”