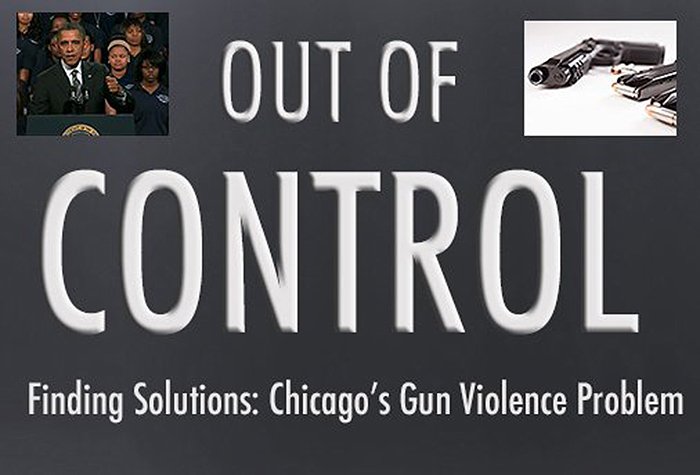 Guns, gangs and grief have all played a part in Chicago's grim history of violence -- from the days of Tommy guns and the St. Valentine's Day Massacre to today's handguns and semi-automatic weapons.

The nation's gun violence discussion focused on Chicago in January after 15-year-old Hadiya Pendleton was shot to death in a park less than a mile from President Obama's Kenwood home.

That followed a  2012 in which  Chicago had 506 homicides -- 443 of them gun-related deaths, a 16 percent increase over the previous year. The first month of 2013 had 43 homicides, making it the deadliest January in a decade.

But there are signs of hope. Homicides in February dropped to 14, the lowest total in 57 years.

The Red Line Project staff spent the last two months tracking  gun violence in the city -- the causes, possible solutions and the impact on communities. They interviewed dozens of sources, analyzed crime statistics, and produced videos, infographics and data visualizations.

This is what they learned ...

Some Chicagoans say looking beyond legislation and focusing on social issues is the answer. Others say gun control and stiffer prosecution penalties are the only solutions.
Data Visualization

Illinois and Chicago have some of the toughest gun laws in the nation, but how easy is it to get a gun legally near the city? The shelves are nearly empty at one Elmwood Park gun shop.

Of the 443 gun-related deaths in Chicago last year, 65 of the victims were 18 or under. Assessing the city's youth violence problem -- and finding solutions -- is difficult, experts say.

From the Northern Illinois University shootings five years ago to Sandy Hook, mental health issues have been at the forefront of mass shootings. But experts say there are other issues in play.

Donna Hall's son, Marshall, was shot and killed at a West Side Popeye's restaurant just days after his 21st birthday. Family members say he was working to turn his life around.

Guns and the President

Use an interactive timeline and graphic to track every Chicago homicide so far in 2013. Review a list of the city's annual homicide rates since 1990, or look at charts on gun violence studies