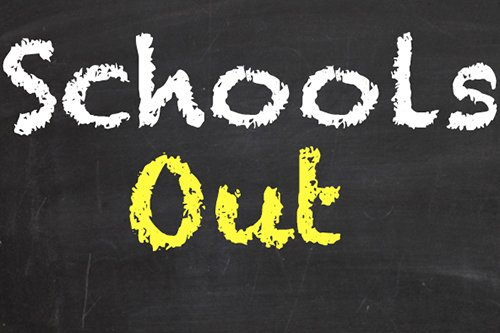 Update: Chicago Public Schools on Thursday announced that Trumbull is one of 54 school programs to be closed.

When Burke moved her family from Boston to Chicago’s Andersonville neighborhood in May 2011, it was for the promise of good neighborhood schools close to home.

Trumbull, a stout stone building only a few blocks south of Burke’s Andersonville home, is both a daily home to Burke’s pre-school son and a monthly home to Burke herself, where she serves on the Local School Council.

On the doors of the school, a Chicago Public Schools sign announces the main entrance with a promise of its own: Building for their future. But the CPS promise may place the futures of the nearly 400 students who call Trumbull home in different buildings entirely.

Trumbull is one of the 129 underutilized schools marked for possible closure by CPS, up to 80 of which a special commission says Chicago has the capacity to close this year. The proposed closings come amid a fierce year of education debate in Chicago that included an eight-day teachers’ strike last fall and continued backlash against charter schools from the Chicago Teachers Union and other critics.

“Unfortunately, we’re being made to be pitted against each other like the “Hunger Games,’” Burke said.  “But we’re proud of schools for not comparing themselves. We’re pleading out our own cases and sticking up for each other.”

As the March 31 deadline draws near for CPS to reveal its final list of school closings, the climax to months of contentious debate, teachers and communities are uniting in protest across Chicago.

The church was the site of the People’s Board Meeting, a gathering organized by the Grassroots Education Movement to consolidate voices and organize activists for the upcoming weeks of protest.

The meeting came days after the Commission on School Utilization published its final report recommending CPS has the capacity to close up to 80 schools from the preliminary list of 129. CPS CEO Barbara Byrd-Bennett asked the commission to advise how to condense districts with “far more seats than students.”

To raucous applause and chants of “Who’s schools? Our schools!” speakers from across Chicago climbed the pulpit in First Unitarian to contest the report’s findings, layout demands, and organize protests.

Three key demands emerged from the People’s Board Meeting: for an elected Chicago School Board that could be held accountable to voters; for an immediate stop to charter school expansions, which many believe to be an underlying reason for the closures; and for absolutely no public school closings.

“I know what’s best for my child, not 125 S. Clark,” a South Side schools representative said, referring to the Board of Education’s meeting place.

Ald. Robert Fioretti (2nd), whose ward faces some closures, said at the meeting: “Who’s telling us we need to close our schools? We can’t have this meat-cutter approach.”

Rico Gutstein, a UIC professor of curriculum and instruction, talked about the downsizing of Chicago’s public schools and opening of charters.  Gutstein said the school closures would have a larger impact on areas of low socioeconomic status.

“This is a business plan, not an education plan,” Gutstein said.

Many at the meeting voiced their willingness to participate in a March 27 rally, Occupy Schools, engage in civil disobedience, and–if necessary–go to jail to save their schools.

Marc Kaplan of North Side Save Our Schools, an advocate organization for public education, said the meeting was an important step in preventing closures by consolidating groups and activists into a unified voice.

As communities try to consolidate their efforts, neighborhood schools across Chicago, like Trumbull, are taking their students’ futures into their own hands by contesting the validity of the findings by CPS and the Commission on School Utilization. 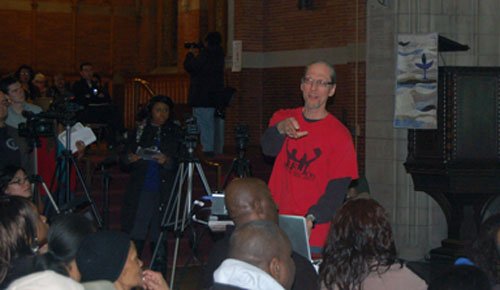 UIC Professor of Education Rico Gutstein speaks at the People's Board
Meeting on March 8.  "This is a business plan, not an education plan,"
Gutstein said. (Photo/Joe Ruppel)

The formula that classifies schools as underutilized, efficient or overcrowded has come under heavy fire since the commission published its preliminary reports. The utilization formula counts the number of total classrooms in a school and classifies 76 to 77 percent as homerooms, which are expected to hold 30 students.

The remaining rooms are “set aside for special use, including art, music, science, early childhood and special education,” according to the commission.

According to CPS, Trumbull has a utilization rate of 54 percent, far below the 80 percent mark required to be classified as efficient.

According to CPS data, more than 5,000 special education students are enrolled in the 129 schools on the preliminary list of school closures.

With the help of Raise Your Hand For Illinois Public Education, a coalition advocating for public education funding, Trumbull recalculated its utilization rate using a new formula that took into account its high special education enrollment and found it was 88.4 percent utilized.  The new figure would classify Trumbull as an efficient school and take it off the closures list.

As a part of its “Apples to Apples” investigation of CPS data, Illinois Raise Your Hand For Illinois Public Education found a 24 percent discrepancy in the number of underutilized elementary schools in Chicago. The investigation reports that 38 percent are underutilized, rather than the 50 percent reported by CPS.

The Commission on School Utilization’s final report advises CPS to look beyond utilization data at all relevant factors. The commission also recommends only closing schools where students can be transferred to better performing schools.

Within Trumbull, there’s concern about how a transition could affect the school’s special education students.

“I feel it would be extremely stressful for them,” said Michelle Van Pelt, a special education teacher at Trumbull who teaches students in self-contained classrooms that are not counted as homerooms in the utilization formula. Van Pelt said the anxiety of displacement could manifest itself in behavioral and emotional issues.

Van Pelt primarily teaches autistic students who she says do not handle change well. Trumbull’s program, the only vertically articulated program on the North Side, allows special education students to stay at the school from pre-K through eighth grade, which helps students build trust with school staff and find comfort in their environment, Van Pelt said.

Added Burke, “We think it would be devastating for some of these kids to be moved out of our program and have to build up that rapport again somewhere else.”

Burke said closing Trumbull would be a major step backward for a school and a community that is on an upward trend. Trumbull’s ISAT scores increased by 17.4 percent in 2012 and the school received a literacy grant from Roosevelt University that has placed a reading coach in the school. 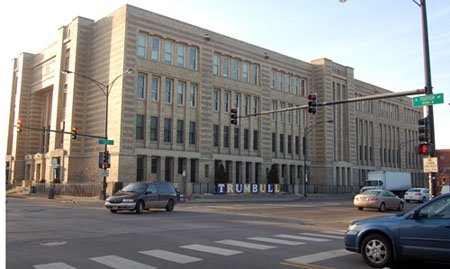 Lyman Trumbull Elementary School in Andersonville is one of
129 schools on the CPS 'hit list.' (Photo/Joe Ruppel)