Chicago is undergoing an extensive urban agriculture movement along with growing awareness for the environmentally sustainable trend. But most of the gardens are hidden or camouflaged within the city’s landscape.

Those changes include “a continued rapid expansion of community gardens and urban farms” that will provide “a lot more employment in local and regional food production with more training programs,” Rosing said.

Neighborhoods like Englewood have gained attention from urban agriculture leaders because of its extensive vacant lots but limited commerce. Many urban agriculture sites are springing up on city’s South Side neighborhoods where there are more than 11,000 vacant lots totaling more than 800 acres. Transforming these areas into food production sites means stimulating community engagement and relieve food-desert stricken areas.

“The city has a lot of underutilized vacant spaces especially in neighborhoods that don’t have a strong sense of community," Hoff said. "It’s shown that if you put gardens in places where community is lacking, it really brings together people."

It plays into a larger visionary goal of Chicago transforming into an urban agri-business hub and center for agri-tourism, but not without fiscal and human labor commitment.  While some of the lots may cost $1 to own, it takes the work of one farmer to care for just a quarter-acre of land and $250,000 to get a half-acre land suitable for farming.

“In theory, conversion of empty lots to community gardens is a good thing in my view, but this needs to happen with support from the communities where they exist and definitely not imposed by outside groups who have an agenda," Rousing said. "[They] may be good-hearted but [it] does not necessarily consider the community's interests.”

Another major challenge is communicating the long term benefits and opportunities to the South Side’s communities that are classified as food deserts with grocery stores located over a mile away.

“Localizing the food system can potentially have tremendous benefits for expanding access to fresh food in underserved urban areas," Rousing said. "More broadly, if urban agriculture maintains its focus on producing primarily organically grown produce, we are talking about the potential to decrease toxins consumed that can have obvious health benefits."

New forms of distribution within the city will include more mobile produce vendors that reach underserved areas by retail food providers.

At the corner of South Perry Street and West 57th Place is the Perry Street Farm. At just under an acre, the farm has the potential to create five full-time jobs for residents of the struggling West Garfield neighborhood and sell 50,000 pounds of produce annually. 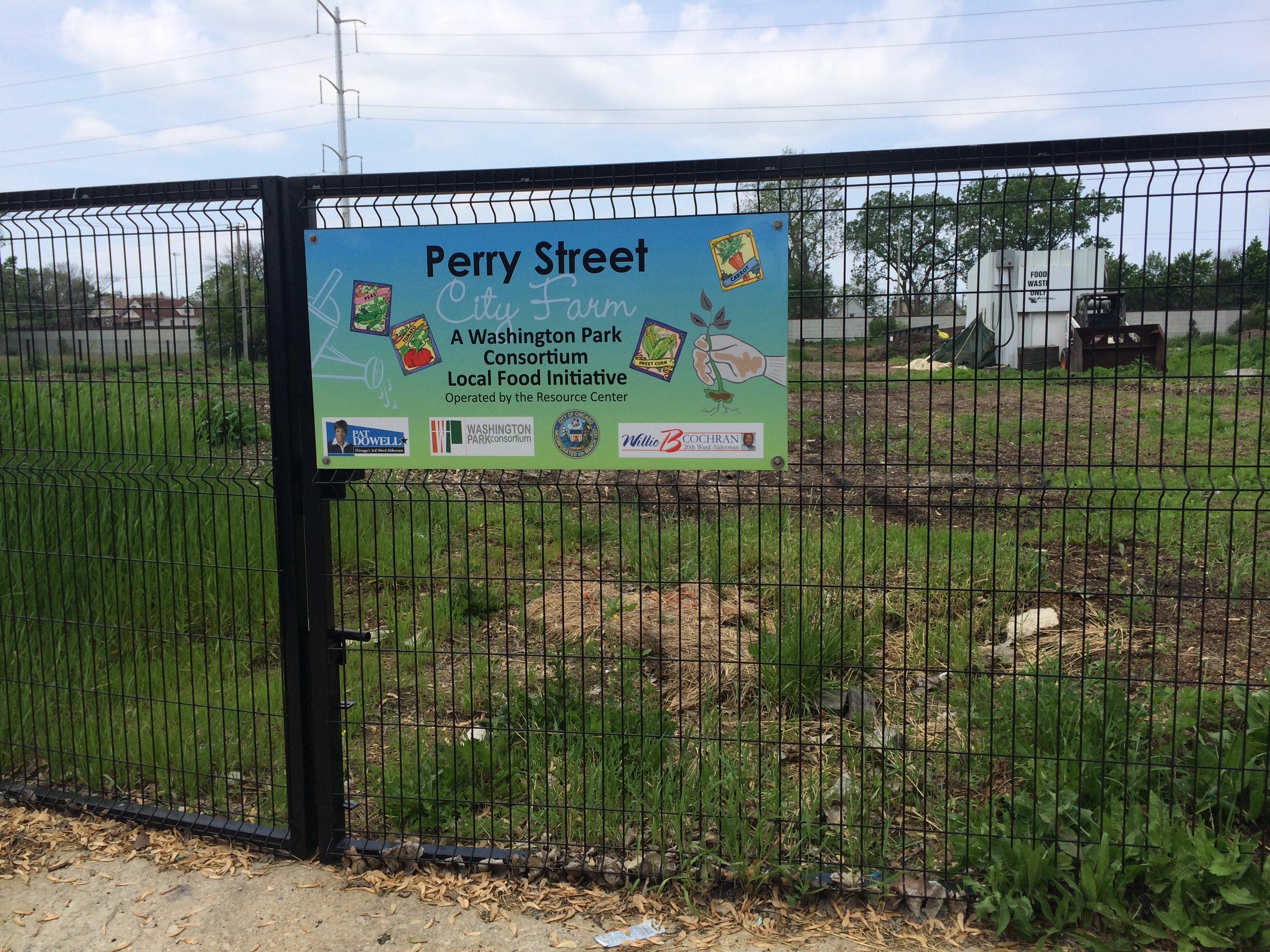 Aside from cultivating farmland, many urban agriculture organizations are training city farmers to apply their skills to Chicago’s South Side neighborhoods.  Getting well-trained farmers is one of the first and most important steps to launching a successful gardening initiative.

Farmers for Chicago is one of the organizations training South Side residents about urban agriculture. The program accepts applicants who submit a business plan in exchange for three years of support, earned income, and rights to the land.  Farmers for Chicago will train and educate 100 farmers annually once at full operation.

Rosing said he foresees a “significant expansion of degree programs and curriculum within higher education institutions, like DePaul.” The Urban Farming Organization at DePaul is educating the surrounding area about urban agriculture.