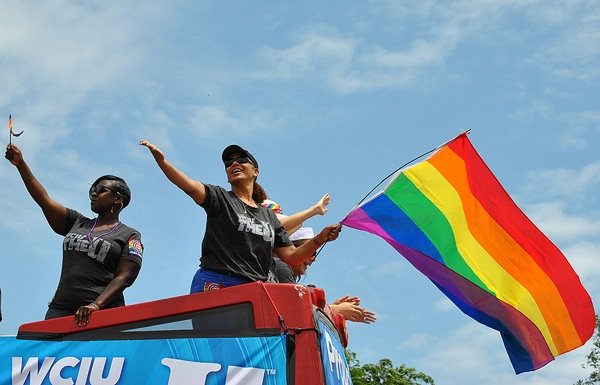 Guide to the 2014 Chicago Pride Parade

Chicago’s 45th Annual Pride Parade marks the first parade since lllinois passed same-sex marriage legislation on June 1. Along with a theme of marriage equality, there are a few other things that make this year’s celebration unique.

The Pride Parade kicks off at noon Sunday, June 29 at Montrose Avenue and Broadway Street in the Uptown neighborhood and winds down Broadway and Halsted to Boystown. There is no fee to attend the parade, but a donation is requested at the entry gates to support community programs. 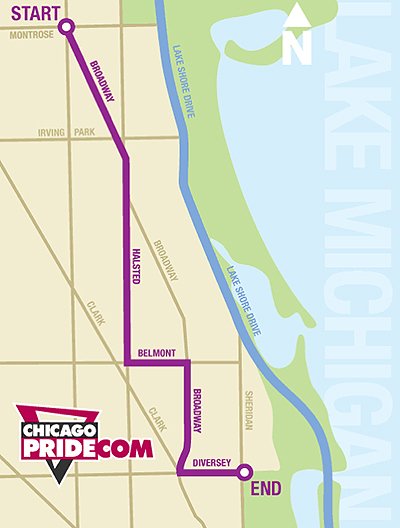 Here's your guide to the Pride Parade, starting with seven things to know about the event:

1. PRIDEChicago, the organizers of Chicago’s annual pride parade, announced Will Sheridan as grand marshal this year.  Sheridan is a former basketball player for the Villanova Wildcats. He came out at age 26 after retiring from from playing pro basketball overseas.

2. State Rep. Greg Harris, who fought for marriage equality in Illinois, declined the offer to be co-Grand Marshal.  As the highest-ranked openly gay elected official, Harris will be marching with the same contingent of “marriage equality champions” he told ChicagoPride.com

3. Mayor Rahm Emanuel recently attended the United States Conference of Mayors in Dallas to fight for marriage equality. He will also attend the parade on Sunday along with former Mayor Richard Daley.

4. Michelle Visage, a judge on RuPaul’s Drag Race, is celebrating Chicago’s Pride Week by performing at Roscoe’s on Tuesday, June 24.

6. Prepare for some local business along the parade route to be closed due to the expected large crowd, although many restaurants and bars will be open.

7. Driving to the parade? The Cubs play a double-header on Saturday, so there will be no Sunday Cubs game, which should relieve traffic a bit. If you want to reserve parking for the parade, organizers are working with Parking Panda to reserve spots near the route.

Taking the El: Exit at Red Line stations Wilson (near the start of the parade route), Sheridan, Addison or Belmont.

Pets? Pets are allowed, including service animals assisting people with accessibility needs. But organizers strongly recommend leaving pets at home since the parade is noisy, crowded and hot. 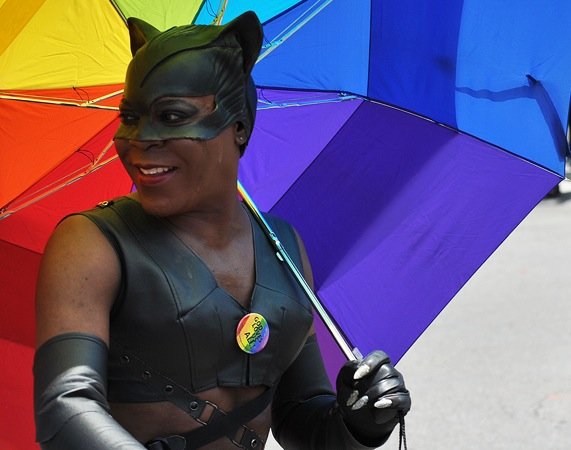