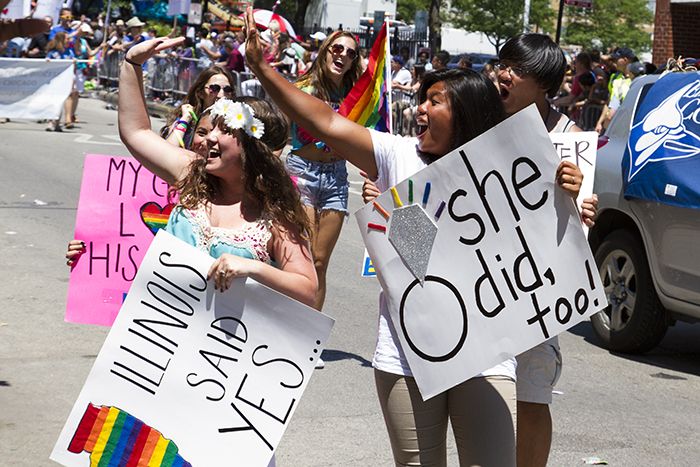 Four couples boarded a float in the 45th annual Chicago Pride Parade on Sunday afternoon and took their vows as their trailer made its way down Broadway and Halsted streets in Lakeview. It was wedding bliss on wheels.

They had perhaps the world's largest reception -- an estimated one-million parade-goers who lined the streets to celebrate Illinois' first month since the same-sex marriage bill took effect.

They weren't alone. Dozens of same-sex couples, some with small children, who were now legally married received roaring cheers as they walked the route. Many carried signs and wore T-shirts declaring their nuptials.

“For me this parade means that there is always hope for the gay community,” said spectator Greg Bandy.

The blistering heat and packed sidewalks did not dampen the mood of onlookers as music blared and people cheered from both the street and rooftops in Lakeview's Boystown neighborhood. The crowd was a colorful mix of Chicago’s vibrant LGBT community and supporters.

The crowds flocked to the route's major intersections to stake out an area before the parade began. This was no easy task considering some attendees, like Anna Johnson, arrived at 10 a.m. to claim her spot. A special request made by Ald. Tom Tunney (44th) to have Sunday's Cubs game moved to a Saturday day-night doubleheader, helped ease some Red Line and overall Lakeview traffic congestion, but trains bypassed the Belmont stop for a while leading up to the parade.

“It’s always just as hot and just as crazy,” said Johnson who has been attending the parade the past four years with the same group of friends.

“I love that the government officials and police department participate so much in the parade. You just don’t see that same spirit with any other Chicago celebration."

The Chicago Police Department had its work cut out with crowd control. Anyone trying to walk down Halsted between Aldine and Roscoe encountered standstill foot traffic with minimal security officials to keep the congestion flowing. The crowd was rowdy, as peopled pushed and shoved their way through sidewalk congestion.

The crowded parade route resulted in at least eight arrests and damage to a police car, according to the Chicago Police Department. The crackdown on public drinking was not as heavy as many parade-goers expected. Many spectators still carried open containers along the route.

Mayor Richard M. Daley was the first sitting mayor to join the parade in 1989 and Mayor Rahm Emanuel continued that tradition Sunday by walking the route waving and high-fiving those lined up behind the sidewalk barricades.

The parade included another kind of political statement, too: A two-story, anti-Bruce Rauner banner was hung on the southeast corner of Halsted and Roscoe, one of the most popular intersections on the parade route. The sign was in response to an unsupportive statement on marriage equality made by the Republican gubernatorial candidate, who said he had a prior commitment and could not attend the parade.

Quinn, his opponent in the November midterm election, marched with a large contingent.

Emanuel, who helped kick off the parade and walked with the first group of participants, issued this statement: "This is an important day in the history, not only in the state of Illinois, but the entire gay and lesbian movement. That obviously we no longer as the state of Illinois have straight marriage and gay marriage, we have marriage."

The Parade in Photos 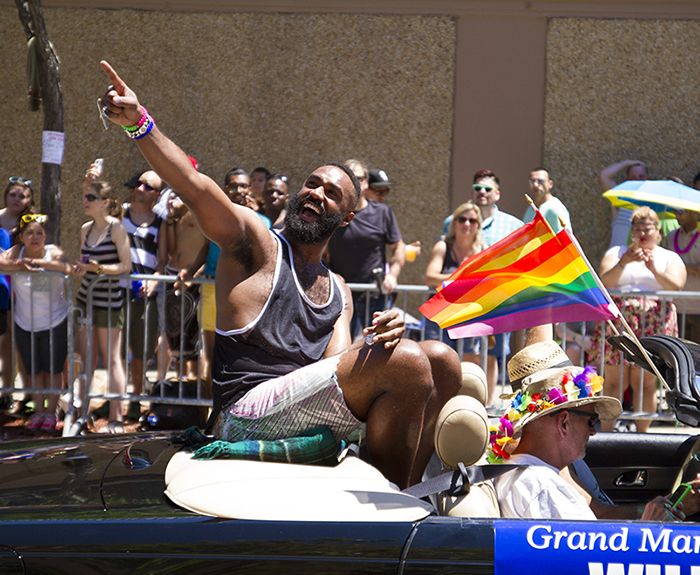 Athlete and musician Will Sheridan, this year's grand marshal, points at the crowd at the beginning of the parade route. (Photo/Brianna Kelly) 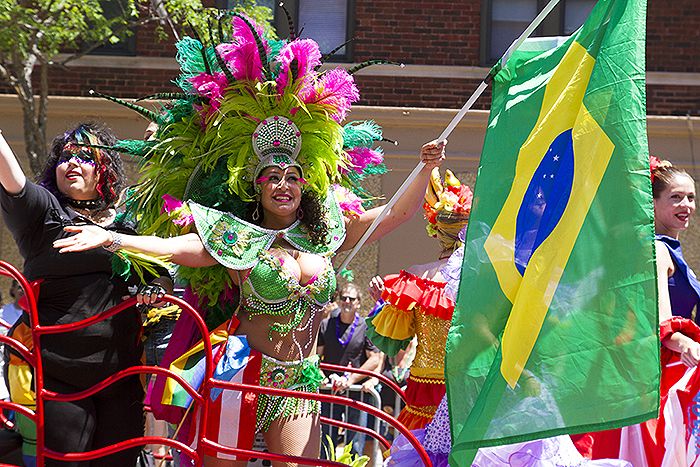 A woman waves a Brazilian flag as she dances on a float. (Photo/Brianna Kelly) 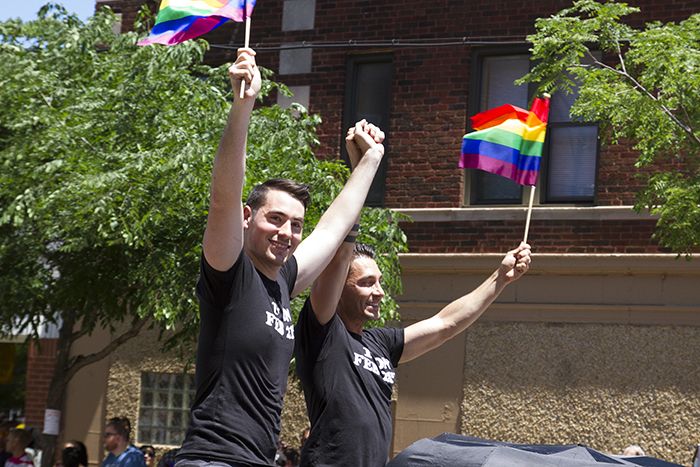 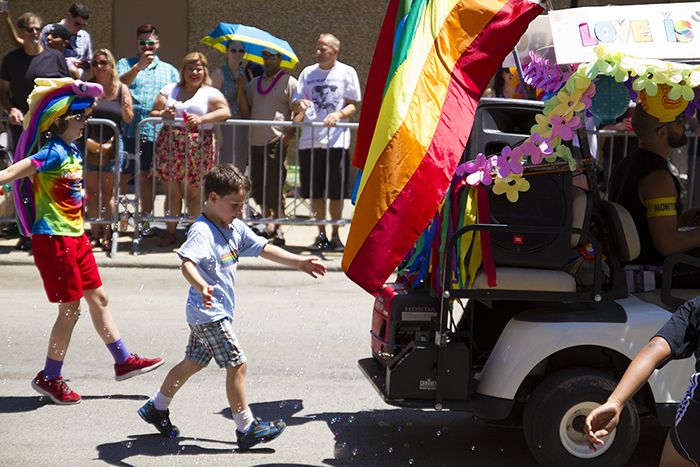 A little boy who marched with The Nettlehorst School chases bubbles along the parade route. (Photo/Brianna Kelly)