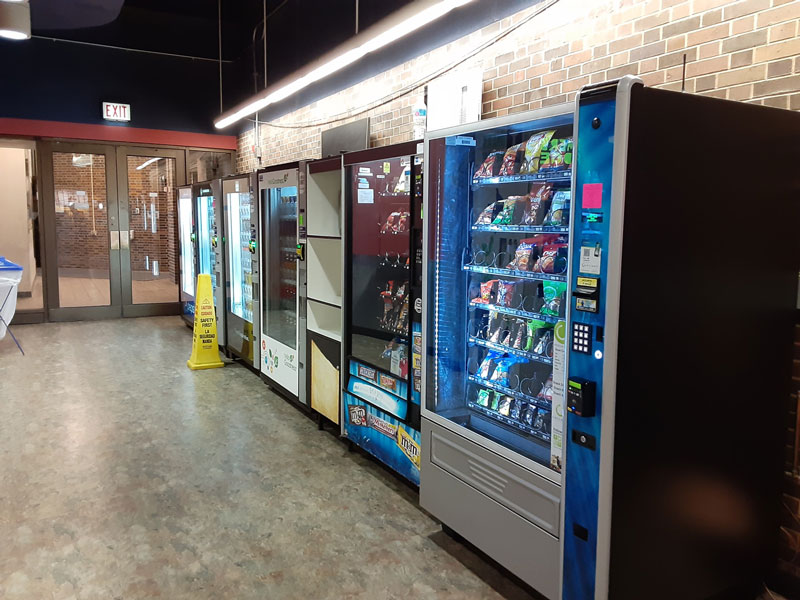 By Fernando Mendez and Francis Parco

Esther Aguilar was obese in her 20s and recalled feeling depressed and tired. For her, this was caused by the inability to make food at home and having to eat out.

“I was not feeling good," she said. "I was depressed because I was overweight that it got to the point where you don’t care anymore. I’m already fat.”

Esther said eating unhealthy foods and being unable to cook that caused her obesity. It was not until she changed her lifestyle in her 30s that led to a healthier life. It was a combination of making healthy eating choices and more exercise that she separated herself from the list of obese in the United States.

However, that’s not the case for everyone.

Aguilar was one of millions of Americans dealing with obesity. It impacted 39.8% of adults and 18.5% of children, according to a 2016 study by the Centers for Disease Control and Prevention.

Obesity has become a national epidemic and it is no different in Chicago, data show. The city covers most of Cook County, which has an obesity rate of 25.3%. That is furthermore compared to the other Chicago metro area counties of DuPage and Lake, both of which have a 23% obesity rate, according to Lake County's website.

According to Rosa Ramirez Richter, director of Chicago Programs and Policy for Healthy School Campaign, unhealthy habits can start at a young age due to a lack of healthy food or opportunities for physical activities. One way to change these habits is through school.

“When we think of a healthy school environment, it's not only the air that the students are breathing, but it's also the food they're eating, the opportunities that they get to practice these behaviors whether it's practicing being physically active or learning about what good nutrition looks like,” Ramirez Richter said.

But some schools don’t offer that healthy environment. Eulalia P. Abril, associate professor from the Department of Communication at the University of Illinois at Chicago, said she was caught off-guard when she learned about vending machines in schools.

The unhealthy environments have harsh consequences in Chicago Public Schools.

“Forty-three percent of CPS students are considered overweight or are already obese, and that's frightening,” Ramirez Richter said. “When you start looking at that data even closer, it’s like one in five kindergarteners are coming in already overweight and obese.”

Abril explained that with the prevalence of unhealthy foods, it’s more likely that more students will lean toward them.

This also applies to UIC, as Abril noticed that vending machines at the east campus of UIC have as much as 87% unhealthy snacks. She also recommends that there should be about 50% to 70% healthy foods compared to the amount of their unhealthy counterparts.

“So that's when you need any intervention of some sort of somebody who says no, you have to have at least 50% or 60% or 70% healthy foods, you know, compared to unhealthy ones.”

Ramirez says there is a link between healthy between a child’s development and educational achievement. In a CDC report, evidence linked unhealthy diets to lower grades and confirmed physical activities to better grades.

The prevalence of obesity among children has also lead to early health problems that usually wouldn’t be seen until later in life.

Every year the Healthy Schools Campaign hosts a yearly parent leadership institute. This event brings parents from about 50 different schools across Chicago to learn about the importance of student health and to train up-and-coming leaders.

Ramirez recalled from their parent Leadership Institute that one of the parents had shared how she had to attend her nephew’s funeral.

In Chicago, those most affected by obesity tend to be people from the Hispanic and black communities. According to the Chicago Health Atlas, in Illinois, 39.3% of blacks and 37.5% of Hispanics, as well as 23.7% of whites are obese.

Additionally, communities such as those in and around Chicago’s Austin and North Lawndale neighborhoods on the West Side, as well as neighborhoods such as Englewood on the South Side, have among the city’s poorest health outcomes, according to Abril.

These communities are located in "food deserts," neighborhoods that lack healthy food sources.

According to the Chicago Health Atlas, communities in the South and West side have suffered more heart and diabetes-related deaths than in any other neighborhood.

The South and West sides also have the highest rates of fast food consumption during 2015-2016, with Humboldt Park and Chicago Lawn leading their respective areas of the city with consumption rates of 15.3 and 17.6.

“There needs to be more interest from whoever has the power to deliver these fruits and vegetables to these communities to make it happen,” Abril said.