By Jakub Rudnik and Winnie Dortch

Tyna Korcz, a junior psychology major at DePaul University, served four years of active duty in the U.S. Army before attending college. She applied to DePaul while she was in Afghanistan, beginning studies in the fall quarter 2012.

“I wanted to be ahead of the game because I knew I wanted to go to school and I forgot the process of applying to college,” Korcz said. “I was looking up stuff about DePaul and I was like, ‘Wow, that kind of means I need to do that right now.’”

More than 2 million U.S. troops have been deployed overseas since 2001, and as of 2010 there were 76,000 “new” veterans living in Illinois, a figure “expected to grow significantly in the coming years,” according to the Heartland Alliance Social IMPACT Research Center.

“While the veterans have a lot of education benefit options, it can be kind of confusing to figure out what they’re eligible for, which is best for them,” said Lindy Carrow, a research associate with the Social IMPACT Research Center, which did a comprehensive study of Illinois veterans in 2012.

For new veterans, the Post-9/11 GI Bill was created to provide financial support for education and housing to individuals with at least 90 days of aggregate service after Sept. 10, 2001, according to the Department of Veterans Affairs. It offers benefits for service members and veterans attending education and training programs taken at accredited colleges or universities or accredited non-college degree-granting institutions.

These benefits offer up to 100 percent tuition and fee coverage, a monthly living stipend, $1,000 per year for books and supplies, a one time relocation fee and an option to transfer benefits to family members. But as of August 2011, the VA changed its rules for coverage at private universities, limiting it to $17,500 per year or the cost of in-state tuition.

Joe Franzese, who graduated in 2012 from DePaul, began taking classes two weeks after he got out of the Marines Corps. He attended a community college before going to DePaul.

“I never thought I would go here because of how high tuition is,” Franzese said. “Once the Yellow Ribbon Program came about and  I found out I could go to DePaul, I jumped right on it.” 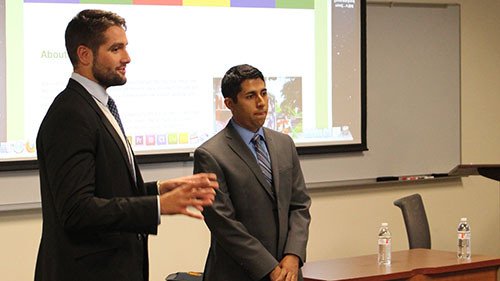 Korcz was eligible for the Post-9/11 GI Bill when she returned from Afghanistan because she served more than 36 consecutive months active duty after 9/11.

While the Post-9/11 GI Bill and the Yellow Ribbon Program provide new veterans with educational funding, many cannot take advantage of the benefits for a variety of reasons. In Illinois, as many as 92 percent of new veterans reported some level of of physical or mental disability, according to the Social IMPACT Research Center.

“It is hard for veterans to go to school because when people come back they can have mental health issues,” said Daniel Panzarella, a DePaul student who spent four years with the Marine Corps. “They have a hard time coming back from military life to the military world.”

Panzarella said that of his roughly 20 close friends from the Marines, just three are currently working toward a degree.

“Many cannot manage the academic environment after the military because they’ve been out of school so long,” Panzarella said.

Veterans can also feel out of placing starting school later than their peers.

“Knowing that you’re older than the average college student … that perception affects people,” Franzese said. “Like, ‘I’m too old to go back to school.’” 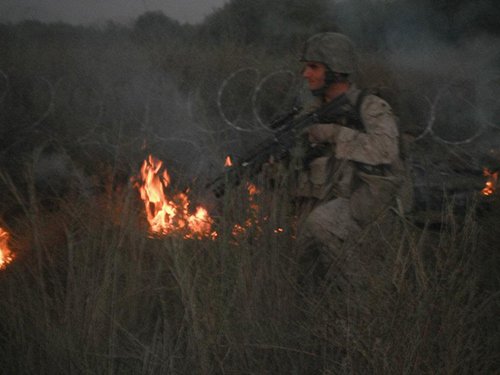 DePaul junior Danny Panzarella during his time in the Marines. (Courtesy photo)

Veterans with young families are often unable to take advantage of their educational benefits. As many as 37 percent of new veterans return home to at least one child, and roughly 6,000 are single parents. Some of those veterans say they feel that they cannot take the time away from their family necessary to earn a degree.

“They often don’t want to go to school because they don’t want to feel like they’re neglecting their families,” said Mark Slaby, founder and executive director of the Illinois Patriot Education Fund, a non-profit organization that offers scholarships to wounded veterans and their spouses and children.

Franzese has seen that firsthand from Marines he served with.

“A lot of military [members] get out with families,” he said. “They started their families young … while they were serving, and they were earning paychecks every two weeks.

Even for Marines without a family, financing college can be difficult. Juan Perez, who will begin attending DePaul in the winter quarter 2014, said one of the biggest reasons he chose the private university was that it participates in the Yellow Ribbon Program.

“I would have [attended college], just not here,” said Perez. “There’s no way I could have afforded it. Definitely not DePaul … I don’t even know [about] a cheaper school. I don’t think I would have been able to afford that.” 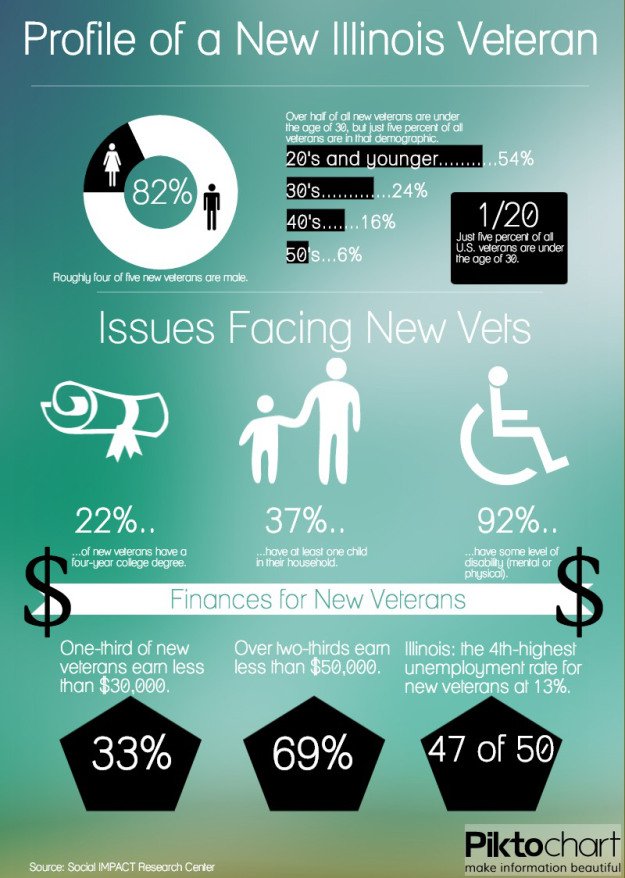