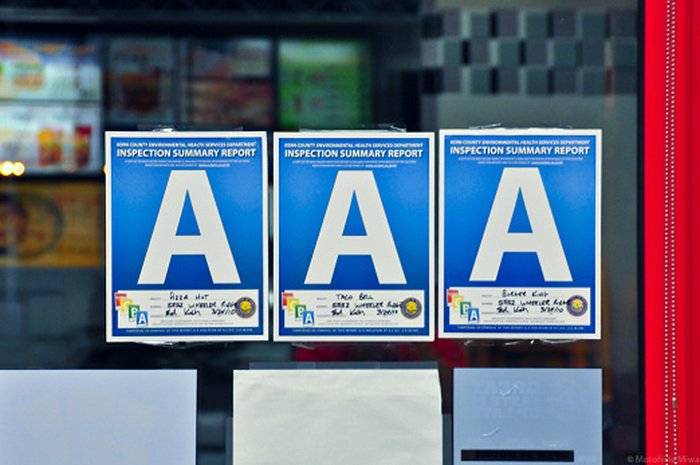 Less Than Half of Lincoln Park Restaurants Fully Pass Inspections, Based on Complaints

By Kenny Reiter and Emily Rosen

Public documents: Read through the critical violations in the health inspection reports, including highlights and notations.

Food served with hair in it and rats invading the patio dining area are just some of the customer complaints Samantha Schiber encountered in her time as server in Lincoln Park.

Schiber, 21, has worked at two restaurants that failed an inspection resulting from a complaint this year.

“I was surprised,” Schiber said. “Before I worked in the industry, I felt that a restaurant failing a Health Department inspection should be a big warning to customers.”

Since the start of 2013, there have been 1,924 inspections of restaurants resulting from customer complaints, according to the city of Chicago data portal. In Lincoln Park, 70 restaurants were inspected this year based on complaints. Thirty-four restaurants passed, 16 passed with conditions and 18 failed.

Each restaurant is categorized by risk, with one being the highest and three the lowest. Restaurants at a higher risk are inspected more than those at a lower risk.

Restaurant inspections in the 60614 ZIP code that resulted from a complaint. Click on the map pins for the Lincoln Park restaurant's name and public records of the health inspection. Descriptions of these violations and the severity of each can be found on the City of Chicago Data Portal.

Restaurants that Passed Inspection
Thirty-eight restaurants passed the inspection after complaints were filed. The violations that these restaurants received were in the 30 to 70 range, which are considered minor violations. Tzatziki Grill, Orange, Amato’s Pizza and RJ Grunts are among some of the Lincoln Park restaurants that passed.

Half Shell passed their inspection receiving minor violations. The violations concern construction and maintenance issues, not the food. But Carissa Debreczeni, a one-time patron upset with the preparation of her oysters, thinks otherwise.

The Restaurants that Passed Inspection with Conditions
Only 16 restaurants passed inspections under the provision that certain conditions were met. The violations ranged from facilities maintaining proper temperatures or vent violations to some more extreme like sources of cross contamination.

Fogo To Go, Balena, and Kyoto Sushi Restaurant, all received minor violations. Whereas other restaurants such as Dunkin Donuts, Pizzeria Da Nella, and House of Hunan all received violations which range from critical to serious.

Dunkin Donuts and Pizzeria Da Nella both had violations concerning hand-washing facilities. House of Hunan violations were due to how the restaurant was set up.

Restaurants that Failed Inspection
Of the 70 restaurants, only 18 failed the inspection after the initial complaint was made. The severity of the violations range from something as minor as not properly storing food or ice dispensing utensils and washcloths to much more serious violations such as failing to maintain proper food or storage temperature.

Photo: Kuma’s Too at 666 W. Diversey Parkway failed with one of the most serious violations concerning food temperature. (Photo/Kenny Reiter)

Receiving lesser violations, Clarke’s on Lincoln failed for cross-contamination and Sakura Teppanyaki and Sushi failed for temperature of the rice used rounding out the seven restaurants that received critical violations.

If a critical violation is not corrected immediately, the restaurant fails, receives a citation and its business license is suspended until the correction is made.

Pizzeria Da Nella and Thai Wild Ginger did not respond to numerous calls for comment about the inspection violations. Duffy’s, Chuck E Cheese, Kuma’s Too, Clarke’s and Sakura management refused comment when contacted about the violations.

Lincoln Park Compared to Surrounding Neighborhoods
To the north of Lincoln Park, in the 60657 ZIP code that encompasses parts of Lakeview and Roscoe Village, 83 inspections were made based off of complaints last year, according to the Chicago data portal. Of these, 27 restaurants failed. Bucktown and the surrounding area have 80 inspections of which 20 resulted in failure.

Even with number of violations this year, Lincoln Park remains a popular destination for diners. Rachel Loftspring, a food blogger for Chewables Chicago, suggested that the average customer or self-proclaimed foodie just simply doesn’t take the time to look into these violations.

“I don’t think customers regularly research the issue prior to eating at a restaurant,” Loftspring said. “I know I don’t. Instead, food safety is expected.”

Have you had a bad experience at a Lincoln Park restaurant? Call 311, contact the Chicago Department of Public Health or file an online complaint here.