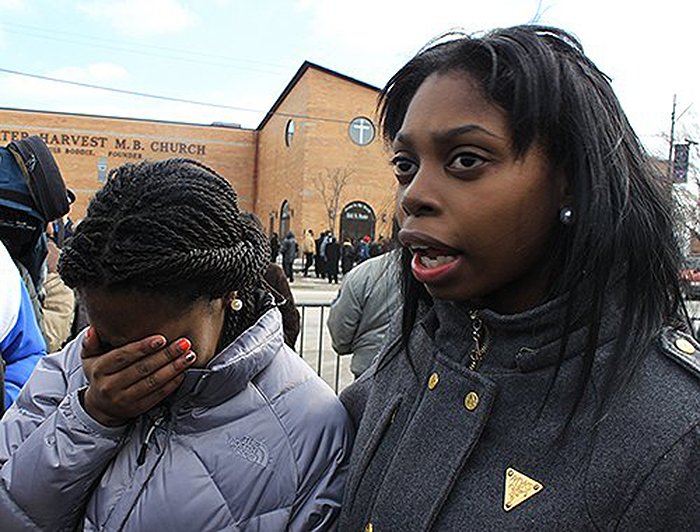 Hadiya Pendleton a Year Later: What Has Changed in Chicago?

During his State of the Union Address on Feb. 12, 2013, President Barack Obama spoke to the House of Representatives—as the nation watched on—about gun violence and the death of one Chicago high school student.

“One of those we lost was a young girl named Hadiya Pendleton. She was 15 years old,” Obama said. “Just three weeks ago, she was here, in Washington, with her classmates, performing for her country at my inauguration. And a week later, she was shot and killed in a Chicago park after school, just a mile away from my house.”

Pendleton’s death came on Jan. 29, when two gang members who were “looking for revenge” fired on Pendleton and her friends at a park just a mile from Obama's Hyde Park home. Her death capped off a month that saw 42 such homicides—the highest such total for January since 2006.

The high-profile case and the attention it received from Obama and others came as Chicago was already in the national spotlight for having the largest homicide total on any city in the country in 2012. Fox News went as far to dub the Windy City “America’s Murder Capital.” 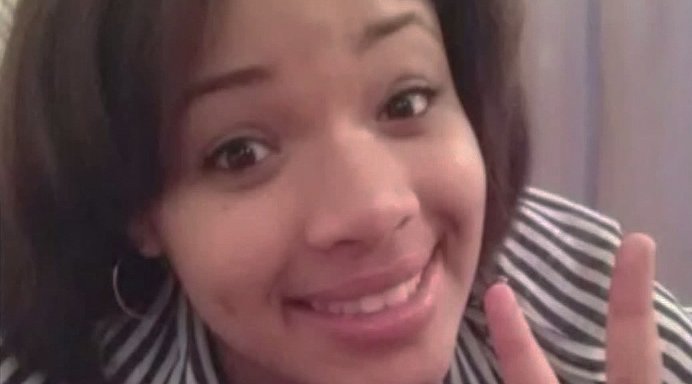 Photos of Pendleton became the face and part of the national discussion on gun violence and gun control.
(Courtesy photo)

But a year later, how far has Chicago come in handling gun violence and homicides in some of its deadliest neighborhoods?

Chicago had 421 homicides in 2013, a decrease of 18 percent from 2012, when 506 homicides (updated from 503 in earlier reports) were the highest total in the city since 510 in 2008. After dozens of shootings in January drew national attention, the city dumped millions into police overtime in hopes to reduce those numbers.

Although Chicago ranked No. 13 among cities with populations of 250,000 or higher in homicide rate, with 18.5 per 100,000 people (according to FBI statistics), exceeding the 500 homicide benchmark  for just the second time since 2003 led to public outcry and increased media attention surrounding the issue.

“In the past, there wasn’t as much of an uproar [as after 2012],” said Arthur Lurigio, a professor of criminal justice and psychology at Loyola University Chicago. “We are alarmed because we are exceeding the two largest cities (New York and Los Angeles) in sheer numbers [of homicides].

“So what’s an acceptable number of murders to people now? I think we’ve seen it; I think under 500 is acceptable to people.”

On Feb. 1, 2013 the Chicago Police Department enacted Operation Impact, deploying 400 officers to 20 areas in the city with high rates of violence. The number of murders citywide fell to 14 in February, half of the 2012 total for the month. In March 2013 there were 15 homicides, less than one-third of the 53 that Chicago saw in 2012.

“We’ve see that the CPD targeting certain communities has had a positive effect,” said Mark Walsh, program director at the Illinois Council Against Handgun Violence.

“But it’s not a permanent solution,” Lurigio said. “It can’t be sustained from a budgetary standpoint."

Chicago had $32 million budgeted for police overtime heading into 2013, but expected to spend $93 million as of Oct. 31, according to the Sun-Times.

In addition to Operation Impact, a new firearm regulation in Illinois may have helped to bring down the homicide rate. On Aug. 18, Gov. Pat Quinn signed into law regulations that require gun owners to report a lost or stolen firearm in a timely manner.

“In the past, someone could say that a gun registered to them was stolen [if it was used in a crime],” Walsh said. “That would either shoot down or slow an investigation.”

A second law, which will not go into effect until Jan. 1, 2014, will require more extensive background checks for gun buyers.

"The goal is to keep guns out of illegal markets,” Walsh said.

Through Jan. 22, 2014, the homicide total in Chicago was 15, down from the past two years. Of the victims, eight were under the age of 20, like Pendleton. While added police officers on the ground and tightened gun laws can help bring down homicide numbers, those measures don’t address the root of the violence problem.

"People see homicide as a crime, I see it as a social problem,” Lurigio said. “The symptom of a sick community. [By targeting homicides] you’re treating the symptom, not the disease.

“It’s all about socioeconomic issues. Quality of life indexes and violent crime rate, they’re highly correlated. I don’t put the onus on police—we have to change communities for violence to go down.“