Chicago has become the center of the national gun debate, and the city’s youth has taken the hardest hit from gun violence.

In the first eight weeks of 2013, there were 52 homicides, with 15 victims between the ages of 13 and 19, according to a RedEye analysis of preliminary crime data.

President Obama returned to Chicago on Feb. 15 and specifically addressed gun violence, which was part of his State of the Union address three days earlier.

With students from Hyde Park Academy sitting behind him in the school gymnasium, the president used statistics to paint a grim picture of the city’s problem with gun violence.

“Last year there were 443 murders with a firearm on the streets of this city, and 65 of those victims were 18 and under,” he said. “So that’s the equivalent of a Newtown every four months.”

According to the Chicago Tribune’s RedEye Homicide Tracker, Chicago had 52 homicides in the first seven weeks of 2013, and 12 of them were teenagers.

The last homicide in January was 15-year-old Hadiya Pendleton, who died just a week after she marched with King College Prep at President Obama’s inauguration parade in Washington D.C. Police believe Pendleton was mistakenly shot in a park by gunfire from suspected gang members. They made two arrests shortly after her funeral.

Colleen Kearns, a mental health counselor at Riveredge Hospital in Forest Park, said the adolescent boys she counsels struggle to make mature decisions. Many of them are in gangs or are in the line of fire.

“If you think about the majority of the gangs, they’re under 18, so therefore you’re not able to make mature decisions,” she said. “Your frontal lobe of your brain is not even fully developed, which is what helps you make decisions and that’s why a lot of adolescents are impulsive and they make impulsive decisions.

“So how do we have impulsive, irresponsible people utilizing guns and violence?” Kearns said. 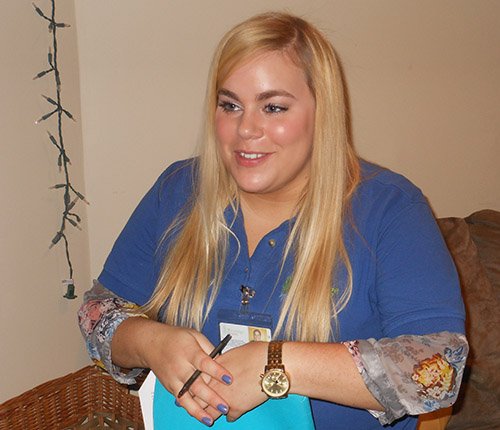 The Chicago Community Trust has invested more than $110 million in 2009 with non-profit organizations that help prevent violence in some of Chicago’s toughest neighborhoods.

One prevention plan is the BUILD organization (Broader Urban Involvement and Leadership Development). BUILD has been around for 43 years and works with at-risk youths in 11 Chicago communities to provide alternatives to gangs and street violence.

“We use a positive, asset-based approach when dealing with our young people,” Executive Director Dr. Roslind Blasingame-Buford said. “We don’t just address incidences of violence, but we go deeper to look at foundation and provide wrap around services so that our young people are able to break the cycle of violence.”

Along with BUILD, Mayor Rahm Emanuel has teamed up with Chicago basketball legend Isiah Thomas by creating a community basketball league for at-risk youths in Chicago. The league will start in March and is aimed to enhance neighborhood safety, reduce gang activity and engage with young adults.

Teenagers represent nearly 30 percent of Chicago homicide victims, according to city crime statistics. Although Chicago Public Schools refuses to confirm whether a homicide victim was a student or not, reports show that three Chicago high schools have been hit particularly hard by gun violence:

According to UCAN’s 2012 National Teen Gun Survey, young people are finding it increasingly easy to obtain a handgun. In 2012, 44 percent of all teens said they could get a handgun if they really wanted to, compared to only 34 percent in 2011, the study said.

But what are the leading factors that lead to gun violence? One reason—gangs.

“Some young people get involved just for a sense of belonging,” Blasingame-Buford said. “They look to the gang members to become their extended families or their families, period.”

Kearns and Blasingame-Buford both work with at-risk teens, but Kearns sees them on a daily basis and in a one-to-one setting.

Kearns is the counselor for the adolescent boys unit at Riveredge. She said she believes the violence results from gangs, abandonment issues and an unstable environment.

“One of my favorite patients was sitting on his porch and a car drove by [and] just shot up his entire place,” she said. “Why? Because his friend sitting next him, who is a Latin King, was into it with another gang.”

Many of the patients Kearns works with are affiliated with a gang.  Kearns sees violence on her unit every day and her patients are not afraid to share their war wounds.

“A kid yesterday was showing me 13 staples in his head from a baseball bat,” she said.

“It’s all violence. That’s the deterrent. That’s what runs the gang—violence,” Kearns said. “Every single issue within a gang is solved with violence.” 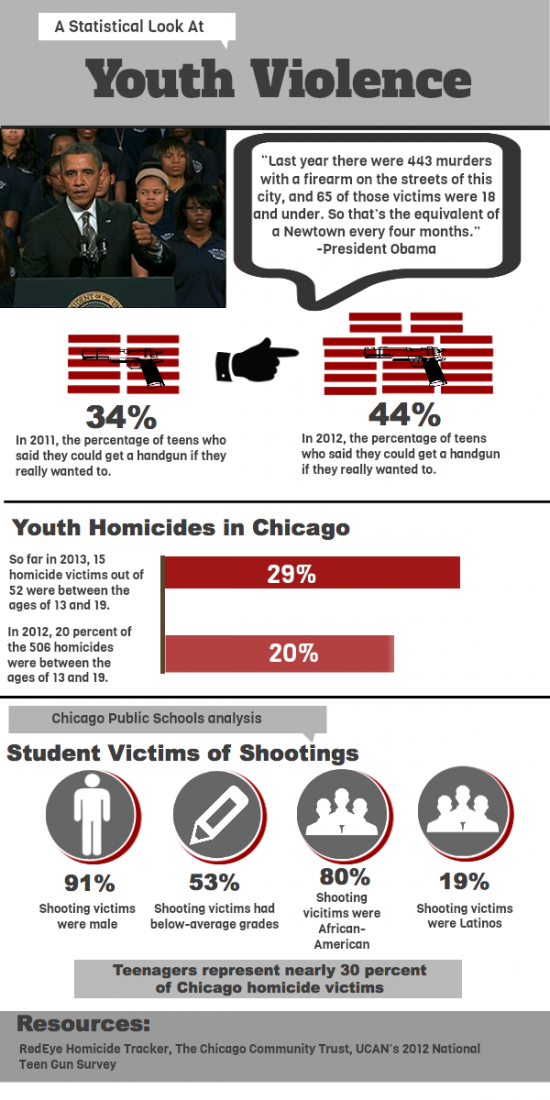 Both Kearns and Blasingame-Buford say that Chicago’s youth are joining gangs for protection, economic reasons, and a sense of belongingness.

Many of Kearns’s patients have been abandoned by their birth parents and have been adopted.  Kearns said that people who lack families and family life find stability in gangs.

Blasingame-Buford added: “There aren’t a lot of jobs available for young people and they may see gang activities, including selling drugs and things of that nature, as a fast way to earn income, so it becomes a way of economic means for them.”

Kearns added that a lot of kids are joining gangs because they need to sell drugs or pay family bills. Money is the motive, and when a high school sophomore can earn $2,000 per week, it’s hard to resist.

Most of her patients, affiliated and non-affiliated, have grown up with violence on a daily basis, whether in the streets or in their homes. In a study of an undisclosed Chicago Public School, University of Chicago researchers have found that 45.7 percent of students had witnessed someone being injured or killed in a non-gang incident.

Kearns put it into perspective: “Everyone else does it, so why can’t I do that? Why do I have to respect females? My mom isn’t respected. I don’t see the males around me respecting females, so I’m not going to.”

The UCAN Teen Gun Survey also found that African-American teens are becoming less hopeful about ending gun violence. From 2009 to 2012, the percentage of teens who said they were hopeful the gun violence problem could be solved dropped from 73 percent to 57 percent. One possible reason: 75 percent of Chicago’s gun-death victims in 2012 were African-American or Latino.

Kearns said she believes that guns are glorified, especially to children.

“It’s a sense of power and that’s all you want to feel when you’re that young,” she said. “You don’t have control of anything else in your life, but you have the control over who lives and dies.”