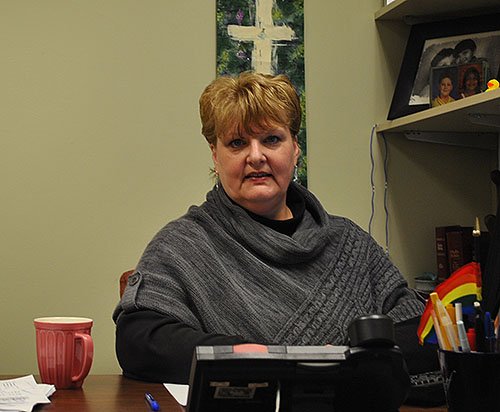 DePaul's Diane Dardón was a campus pastor at Northern Illinois University during
the mass shootings there five years ago. (Photo/Andrew Rodriguez)

Shortly after 3 p.m. on Valentine’s Day in 2008, Steven Kazmierczak stepped on the Northern Illinois University campus in DeKalb, walked into a lecture hall and opened fire with a shotgun and three pistols.

He shot five students to death and wounded 21 others. And after he was finished, Kazmierczak took his own life.

During the investigation that followed, authorities learned that Kazmierczak had an extensive and well-documented history of mental illness.  However, he still legally purchased the guns he used in his shooting rampage, which included a Remington 12-gauge shotgun, a Glock 9mm, Sig Sauer .380, and Hi-Point .380.

February marked the fifth anniversary of the NIU shootings and for Diane Dardón, M. Div., the former campus pastor at the university, the healing process is still continuing.

Dardón, now the protestant chaplain at DePaul University, was at NIU in 2008 when the shootings took place. She remembers being at the bank, with her husband and daughter, when she got a call from a colleague telling her what happened. The school was in lockdown and her only option was to go to the nearby hospital to see if she could be of assistance to anybody.

“I slid through glass doors into a world of fear, chaos, questions, and unbearable pain,” Dardón said.

She also talked about how Kazmierczak’s shooting rampage was an introduction into a bigger realization.

“The day of the shooting at NIU was only the beginning of the difficulties that young adults today deal with when it comes to mental health issues,” Dardón said. “Steven brought everything to a head because he was a young man who had completely gotten lost in the shuffle.”

Kazmierczak’s attack was one of 25 mass shootings in the U.S. since 2006. Since 1982, the U.S. has had 60 mass shootings, far more than any other country. There were seven in 2012 alone, including the Aurora movie theater and Sandy Hook Elementary shootings.

In each case, and in many high-profile mass shootings, the gunman had some form of mental illness. However, many mental health experts disagree if that are a factor in the shootings. Associating mental illnesses or disorders with extreme violence without real evidence can add stigma to already stigmatized conditions and fuel stereotypes, experts say.

“[The assumption] ignores the fact that people with mental illness are not likely to be violent,” wrote Columbia University public health professor Michael Friedman in a January Huffington Post blog. “It also ignores the fact that mass murders include acts of terrorism, mob and gang violence, and acts of revenge. Yes, some mass murders are committed by people with serious mental illness, but it is likely that most are committed by people who are not.”

According to a February 2009 Esquire article, Kazmierczak became interested in buying guns in December 2006. He applied for his first firearms permit and received it in January.  At that point, Kazmierczak had been out of the mental health system for five years, so he was legally eligible to purchase guns.

Mental illness also was at the forefront of the Sandy Hook Elementary shootings in December. Adam Lanza was diagnosed with Asperger’s syndrome but, according to the PBS interview with Peter Bell, executive vice president of programs and services at Autism Speaks, this disorder was not the cause of Lanza’s actions.

“There is no evidence linking Asperger’s to violent behavior,” Bell said.

Those diagnosed with this disorder often have trouble with social cues and communication. Some do have trouble controlling aggressive thoughts and behavior, but experts say it is not enough to plan a violent mass shooting.

“Autism did not cause this horrific event,” he said. “There are a lot of things that need to be factored into this -- his age, where he grew up, the family challenges he faced in recent years, his access to guns. Trying to make it seem like autism or Asperger's contributed to this is harmful and irresponsible."

Elena Quintana, Ph.D., the executive director of the Adler Institute on Public Safety and Social Justice in Chicago, said in a February Huffington Post blog that there is more to the cause than just mental illness.

Violence is a reaction to many very real forces that become normalized where there is concentrated trauma, Quintana said. Those that actively shoot others, some of whom glorify this violence, have endured incredible damage. Most of the time, this damage has been measured or documented in a number of systems such as child welfare, schools, criminal justice, or mental health.

Quintana’s expertise is in the psychology of gun violence and she works with youth in Chicago, whom she says are often times “great, normal kids.”

“I think adults fail kids,” said Quintana, a DePaul alum. “All kids need the same things: identity, belonging, nutrition, love, care, warmth. There is a huge gap in terms of who actually gets all this care.”

Failure to provide that support to youth could lead to them finding protection in other ways – with a gun.

“We as grown-ups need to do better at investing in all kids – not just some kids,” Quintana said.  “We especially need to work harder to provide traumatized kids, or kids that live in communities where there is concentrated trauma- ways to help them to function better in the mainstream.”

Friedman, the Columbia professor, agreed. He said that early intervention is key.

“There is some reason to believe that more efforts to engage in treatment in the year after their first psychotic break and reaching out to those who have dropped out of treatment would help,” he wrote.

Those that are systematically marginalized lose hope and do not expect to be protected by mainstream structures such as the police or school personnel, experts say.

In Chicago, summer jobs, programs for youth, affordable mental health care and outreach efforts to re-engage chronically truant youth are either endangered or extinct. Quintana said she believes that society is forced to find the money deal with the aftermath of violence – rather than addressing causes.

“If we keep retraumatizing the most traumatized, then no one gets better,” she said. “They just break down and underperform from the margins of society.” 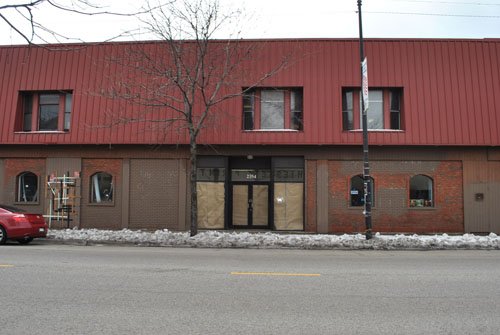