Chicago became the focus of the global politics and security May 20-21 when the North Atlantic Treaty Organization (NATO) held its summit at McCormick Place.

The Red Line Project covered the summit, protests and other events throughout the weekend. 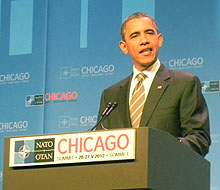 Photo: President Obama at his final press conference of the summit. (Photo by AnnCatherine Brady)
Police, Protesters Clash After March 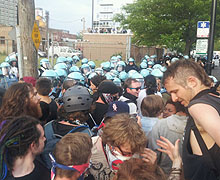 Violece broke out near McCormick Place after protesters failed to disperse at the end of the Iraq War veterans ceremony, resulting in 45 arrests and injuries to police and protestors. Related:

NATO: Why the Soldiers Marched 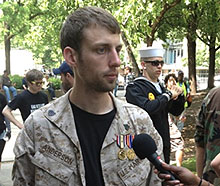 Iraq war veterans marched in protest of NATO on Sunday. The Red Line Project followed the journey of a DePaul student and the mother of a soldier who died. 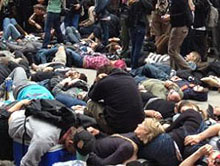 In the last organized protest of the NATO summit, demonstrators marched to Boeing's headquarters, then to several other Loop locations, including Obama campaign headquarters. 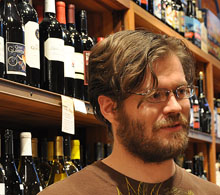 Small business owners say they've seen a 50 to 75 percent decrease in business during the summit. Those close to the parade route fared better.

Photo: Riley Crane, inventory manager of Warehouse Liquor, talks about the loss of revenue during the NATO summit. (Photo by Ivy Liu) 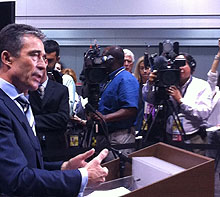 NATO Secretary Anders Fogh Rasmussen on Saturday laid out the key issues and details for the summit: Aghanistan, NATO capabilities and partnerships. Related:

Live blog from the summit
Storify: Social media coverage of the summit

Veterans of the Afghanistan and Iraq wars talk about their service and how the U.S. and NATO need to pull out of Afghanistan. 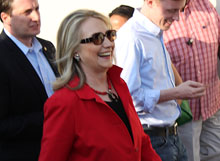 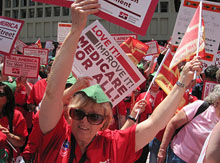 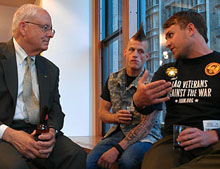 A debate at Pritzker Military Library on May 17 provided a thoughtful discussion and no outbursts from the audience. Related: 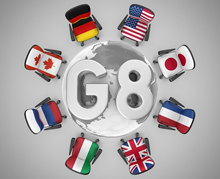 Both summits will have movers and shakers setting the agenda on global issues. Experts share who are the eight to watch. (Photo via iStockPhoto). Related stories:

Coverage of The People's Summit 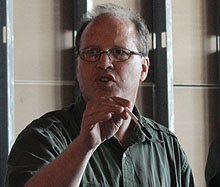 A week before the NATO summit, protesters from various activist organizations gathered at a South Side warehouse -- headquarters for Occupy Chicago -- for The People's Summit.

The two-day affair featured dozens of panels and discussions on issues relating to NATO and the G8.

Some buildings and areas of downtown Chicago are planning to shut down because of the NATO summit, May 20-21. Other organizations, businesses and schools have moved or rescheduled events. Check this interactive map for updates.