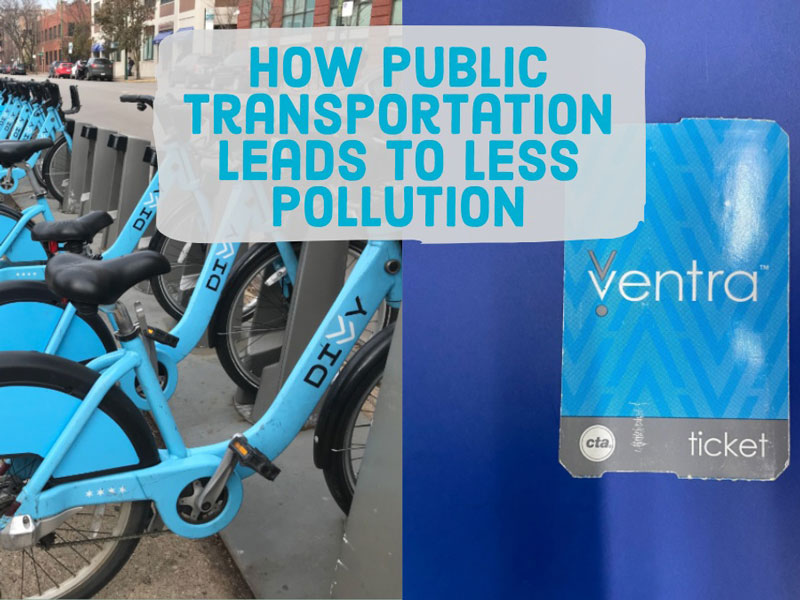 Katie Polanski is a sophomore at DePaul University who lives in the Lincoln Park neighborhood.

She takes the Red Line and the No. 5 bus seven times a week to get to classes and run errands. Public transportation is a big help for those like Polanski who may not have a car or want to avoid driving in the city.

“Parking is hard to find in Lincoln Park and buses and train will get you pretty much anywhere you want to go,” Polanski said.

Polanski is one of 2.7 million people in the greater Chicago area who use public transportation to get to work, school or have fun. In doing so, it reduces the number of cars on the road and, as a result, pollution.

According to a study by the Federal Transit Administration, 29% of greenhouse gas emissions comes from transportation. The study also states that trains produce 62% less and the bus produces 33% less when compared to cars

Kate Yoshida, who works in the Office of Sustainability at The University of Illinois at Chicago, said Chicago is in a "non-compliant zone for a certain size of particulate matter and those are triggers for asthma and other respiratory diseases so anything we can do to reduce diesel emission will help people breathe.”

Ryan Reyes, a junior at the University of Illinois at Chicago, lives in Lincoln Park and takes public transportation every day to commute to school and work. During his commute, he rides his bike to save time and gets on the Red Line.

“Being without a car in the city makes it harder to get to places quicker, but with the CTA it helps a lot,” Reyes said.  “The CTA helps me a lot and gets me to my destinations faster. If I had to walk everywhere in the winter it would be a pain.”

The Chicago Transit Authority that has been providing Chicagoans rides on trains and buses since 1947. Another form of public transportation are the Divvy Bikes, which were introduced in summer 2013.

Lincoln Park is a well known neighborhood in Chicago that offers all three options. It includes the Armitage and North and Clybourn CTA Red Line stops, the Fullerton and Sheffield CTA bus stops and a handful of Divvy bike stations.

The Community Data Snapshot also provides statistics on the methods that Chicago use as a whole. There are 1.28 million total commuters, 363,149 who use transit, and 107,662 that walk or bike. There are still 633,387 commuters who drive alone and 101,904 that carpool.

More individuals, especially those near many transit options, such as in Lincoln Park, should utilize other forms of transportation instead of driving to help improve the environment. In addition, the amount of traffic would also be reduced in the city overall.

Buses and trains are a lot more efficient than cars, according to Dr. P.s. Sriraj, the Director of the Urban Transportation Center at the University of Illinois at Chicago.

He explained that there are about 40 seats per bus and if it's known how many riders there are per car -- which he said is about 1.2 --  one can calculate how many cars are not in use just from buses alone.

“When buses are operating in mixed traffic,” Sriraj said, “they are stopping and going, there’s a stop on every block, every stop and start comes with more pollution, and that's then the same thing you will find in the cars.”

Sriraj explained that it would not be a good idea to create more bus stops due to all the pollution that is emitted when stopping.

Sriraj added that El trains are a cleaner option than buses because they are electric.

“Even with all of that the CTA bus system coupled with the train system will be far better to the environment than having that many cars on the street,” he said. 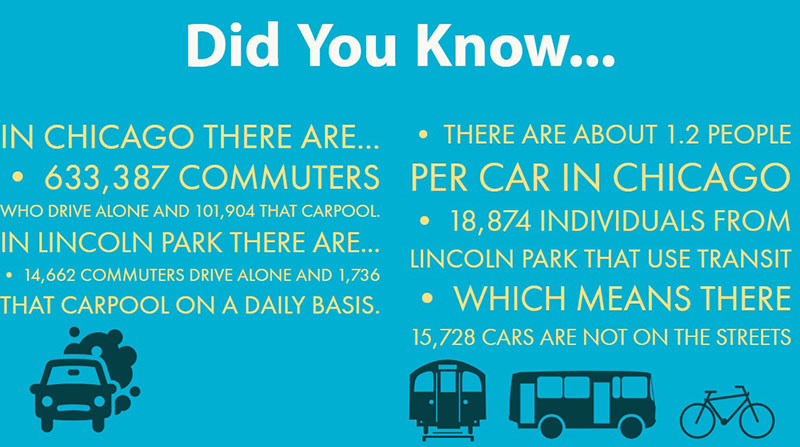