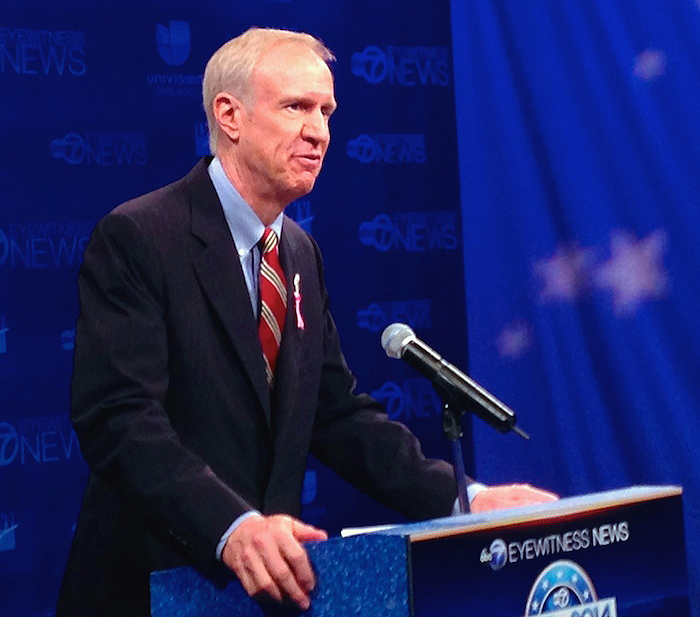 Rauner played himself up as a businessman who would drive economic growth. Quinn stuck to his "regular guy" routine, showcasing his support for working-class issues.

Both candidates engaged in more image-posturing than question-answering, to be fair.

Quinn cast Rauner as an out-of touch billionaire. He accused Rauner of supporting policies that harm working and low-income people.

“That’s what billionaire’s do, shift the pain to regular people,” Quinn said.

Rauner accused Quinn of judging him “by the size of his wallet.” He painted Quinn as ineffective and entrenched, and criticized his failure to grow Illinois’ economy.

“Pat Quinn is a miserable failure on jobs,” he said.

“Money can’t buy you facts,” Quinn said, refuting the accusation. He highlighted his own record of bringing jobs to Illinois and called his opponent “the outsourcer-in-chief,” a line he has used throughout the debates.

On education, Quinn voiced support for a moratorium on new charter schools. He said neighborhood public schools were the “heart and soul” of Chicago’s neighborhoods and called to shift funding back to those public schools.

Rauner said he would not support the moratorium. He called charter schools “one quality option” and said he favors “quality options.”

Quinn highlighted his record and support for marriage equality. Rauner didn’t go that far, but he did say he supported the rule of law, and promised he would not try to overturn marriage equality if elected.

For now, Quinn and Rauner appear neck-and-neck in most polls. Both Democrats and Republicans have poured tens of millions of dollars into the Illinois governor’s race, making it one of the costliest gubernatorial races in Illinois’ history. Rauner, a multimillionaire, has personally ponied up approximately $20 million to fund his campaign.

But Rauner didn’t shy away from the subject of campaign finance. He proudly touted his “financially independent” campaign, saying he “can’t be bought.”

That’s something many Rauner some supporters really like, including Jason Camlic, a member of the Chicago Young Republicans. He thinks Rauner has the business chops and economic expertise to put Illinois on a more fruitful path.

Camlic was one of many Rauner supporters who came to rally outside of Monday’s debate at ABC 7 studios in Chicago’s Loop.

“We were up at the Rauner HQ today getting everything set for tonight,” Camlic said. “It’s the last debate before elections, so we wanted to give a strong show of support tonight,”

He wore a Rauner ’14 T-shirt and was holding a matching banner, as were many in the crowd.

Quinn supporters were nowhere in sight. 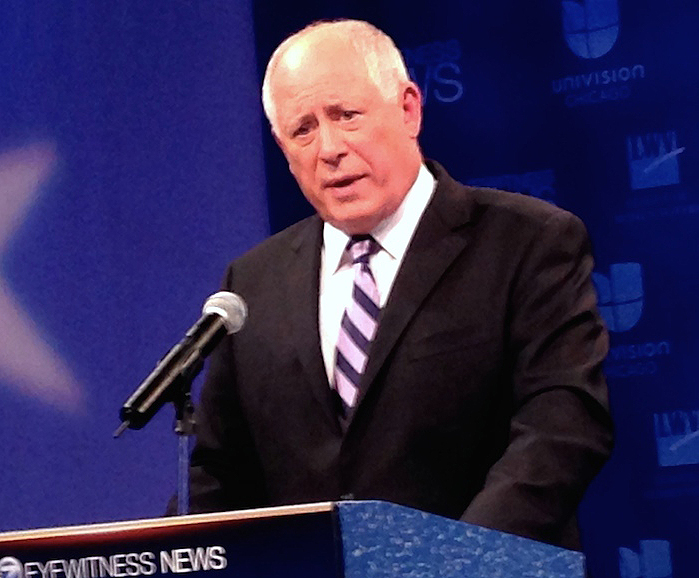