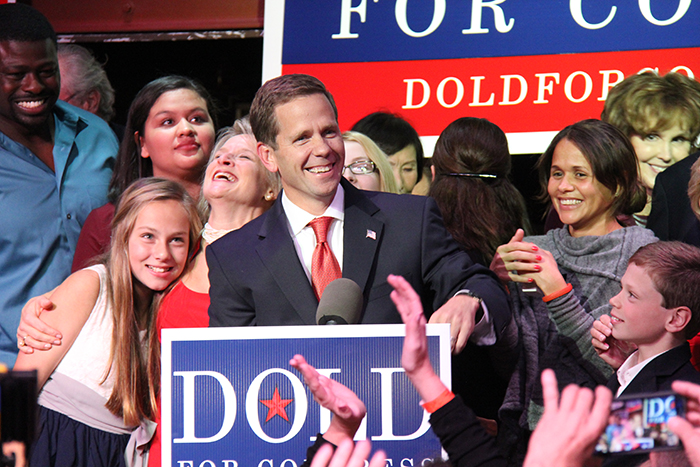 Republican Bob Dold narrowly won his spot back in the U.S. House of Representatives from Democrat Brad Schneider with a 51 percent majority. His win helps expand the Republican majority in Congress.

“So many thought victory tonight could not be possible,” Dold said with a stage full of family and friends behind him at 9:50 p.m. He thanked most of them by name and then congratulated his campaign team.

“Tonight starts a new chapter for the 10th District,” Dold said during his acceptance speech. “Whether you’re a Democrat, Independent or Republican, we know we can all work together.”

Dold’s campaign celebrated earlier than anticipated at Austin’s Saloon in Libertyville. His family mingled with the 200 guests who gathered in the restaurant’s Fuel Room.

The two candidates raised $18.4 million during months of fundraising, according to Influence Explorer's spending data. The race to win the northern Illinois district that covers parts of Lake and Cook counties was the most expensive congressional race in the state. Outside spending groups pumped millions of dollars in support of their party's candidate.

The district covers both wealthy and working-class voters spread across diverse cities including Highland Park, Zion, Lake Forest and Waukegan. Unofficial results from Cook and Lake County clerks’ office showed that about 50 percent of registered voters turned out to vote on Nov. 4, much greater than during the primaries earlier this year when Cook County saw a record low voter turnout during the primary at 16 percent; Lake County saw only 14 percent voter turnout, according to the Chicago Tribune.

This isn't the first time Dold from Kenilworth and Schneider from Deerfield have faced off in the voting booth. Dold was the incumbent in the 2012 election for the same seat. He lost to Schneider by just 3,326 votes.

This time, Dold projected himself as a bipartisan who is willing to work with Democrats in Congress. His campaign painted the picture of an independent-minded Eagle Scout. U.S. Senator Mark Kirk has been a frequent supporter at Dold's campaign events, lending his moderate-Republican reputation.

Find more photos from the Dold party on Flickr. 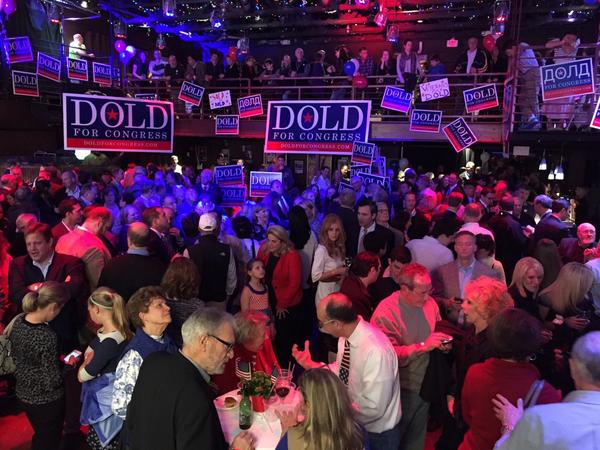