The Soul of Día de los Muertos Alive in Pilsen

“Gone, but not forgotten.”

That powerful saying is the embodiment of Día De Los Muertos, a string of days dedicated to the celebration of life and those who lived it.

Día de los Muertos takes place every Nov. 1-2, the same days of the Catholic All Souls’ Day and All Saints’ Day. Coincidence? No. This Mexican holiday is the syncretism of two belief systems, the Catholic faith that was brought by Spanish conquistadores to Mesoamerica, and indigenous religious rituals.

In Chicago, the visual aesthetics of Día de los Muertos take center stage. Ofrendas, Calacas, and face painting are the key activities during the celebration, and all share the ability to invoke fun and creativity in those participating in it. 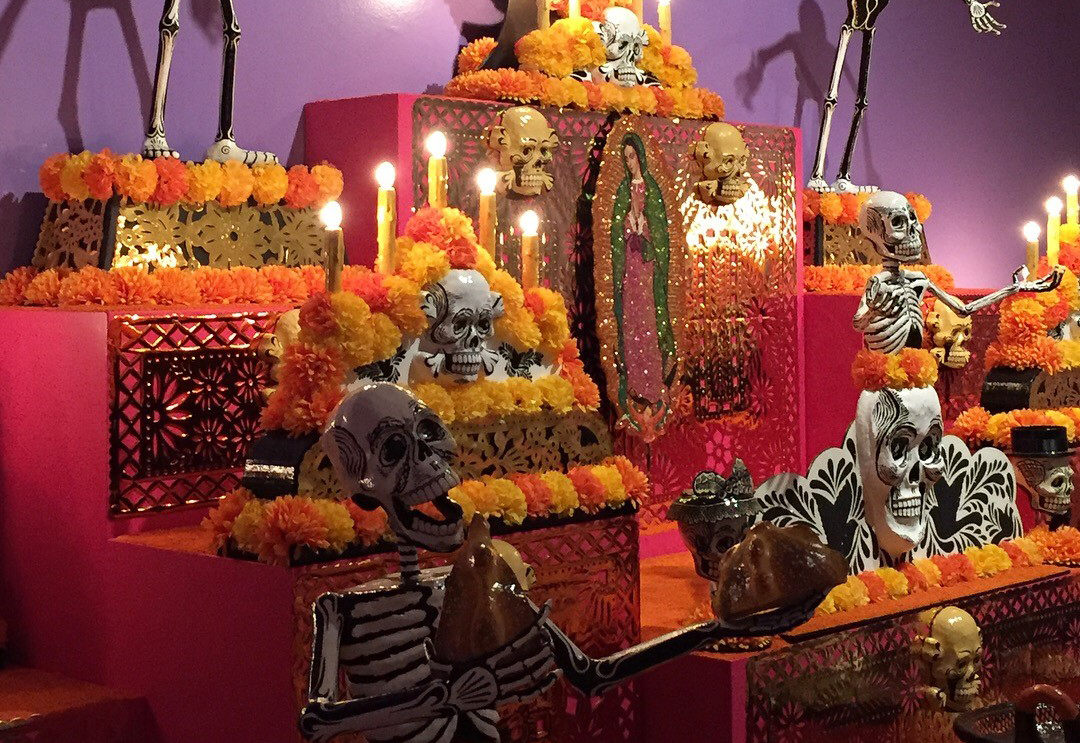 Ofrendas are the altars created to honor the lives of family members and/or friends who have passed. They are essential to the holiday, as they are the locations to which souls are invited to by their still living loved ones. They are typically set up a day before the designated veneration day (depending if it is an ofrenda for children or adults) and when their day is over the food on the ofrendas is shared among friends and family members.

The traditional ofrendas consist of seven levels, representations of the seven stages souls are believed to experience in the afterlife before reaching their final destination. The most commonly constructed ofrendas, however, consist of three levels that represent the  cosmological divisions of the world: the heavens, the earth and the underworld.

The ofrendas are also part of several meaningful components, the most fundamental being:

In addition, the variety of colors included in the ofrendas have special meaning behind them:

Chicago’s ever-growing latinx population has helped Día de los Muertos become a cultural fixture in the city. Locals construct ofrendas for their lost loved ones at home, shop windows are devoted to Día. Museums host exhibits exclusive to art inspired by the holiday, and community gatherings are arranged, specifically in the Pilsen neighborhood.

The Benito Juarez Community Academy chapter of BuildOn, a nonprofit organization in charge of after school programs for high schools in the United States, was in attendance to carry out face painting duties. Mexican hot chocolate brand Abuelita also made their presence felt by passing out free samples and coupons.

Yaneli Diaz, a Pilsen resident and annual attendee of ElevARTE’s gathering, said, “I bring my children to this event every year, this is the closest to the actual experience of Día de los Muertos you can get in Chicago. It is important to preserve our culture and hand it down to younger generations. Nobody does Día de los Muertos like Pilsen.”

Thirty-eight years running and this may have been the most important year for it considering comments made about Mexico and its residents by President Trump, as well as the two catastrophic earthquakes in Chiapas and Central Mexico. According to the event’s Facebook page, “Elevarte Community Studio wishes to showcase the greatest act of resistance that we can take as a community during these times of trials and tribulations.”

The National Museum of Mexican Art

The National Museum of Mexican Art (NNMA) in Pilsen not only has strong ties to the holiday, but a strong influence on the community. NMMA was founded in 1982 on a mission “to showcase the beauty and richness of Mexican culture by sponsoring events and presenting exhibitions that exemplify the majestic variety of visual and performing arts in the Mexican culture” (via NMMA’s website).

Día de los Muertos brings out a variety of events from the museum, such as, extended open hours, and the Día Masquerade Ball, however, it is Día de los Muertos Xicago outdoor and indoor event that best demonstrates latinx creativity and emotion.

At Día de los Muertos Xicago, families participate by creating ofrendas for their loved ones to share with others, reminding visitors that this holiday is not just about the colorful decorations and sugar skulls, but about a loss that caused someone a deep and inevitable pain.

Visitor Services Coordinator Mario Hernandez, who has been organizing and guiding tours for 11 years, said the museum’s goal during Día de los Muertos is to educate visitors on the roots and traditional aspects of the Latin American holiday.

As cultures change or evolve over time so do the holidays and Día de los Muertos is not the exception, 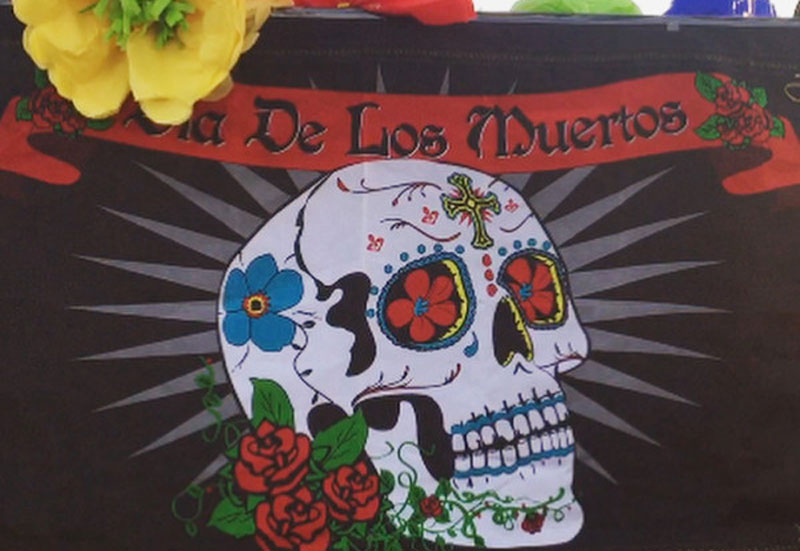 “One of the big signs we have seen of Día de los Muertos growing is that the commercialization of the tradition is beginning to happen, whether it’s through movies or big box stores with sections or aisles dedicated to the holiday,” Hernandez said.

Hernandez is referring to is Coco, a Disney animated film about the Day of the Dead. The film received critical acclaim and financial success since its release, topping films like superhero blockbuster Justice League in first-weekend box office success at $75 million, and earning a total of $108.7 million in its first 10 days in the United States alone. But it  received major backlash years before its release. In 2013, Disney filed a trademark for the phrase “Día de los Muertos” for a future film, Coco.

Disney wanting a piece of the Día de los Muertos pie is an indicator of how far the holiday has come in the United States.

“Because of this, people will begin to focus more on the aesthetics of the tradition, but really, this tradition has to do with people,” Hernandez said.

Despite threats to the tradition, Hernandez finds a certain part of the evolution captivating. Through the yearly exhibits at NMMA, he has seen how artists have used ofrendas to raise awareness about social issues and give a voice to those who can no longer do it for themselves. He brought up an exhibit NMMA hosted in 2009 dedicated to the infamous Tlatelolco Massacre of 1968 in Mexico in which hundreds of university students were murdered by military and police.

Hernandez brings up the fact that the Mexican government attempted to lower the number of civilians slain in documents when, in reality, the numbers were much higher. He added,

“As much as it’s important to learn about the Day of the Dead’s history," he said, "the tradition allows us to use this as a tool to talk about these big social issues.”