By Giovanni Velez and David Astudillo |

Mark Villaruel graduated in 2015 from Senn High School and is one voice within a crowd of Chicago Public Schools graduates who say they are dissatisfied with the education in their neighborhood high schools.

“In general, I don't believe that CPS and their neighborhood high schools are doing enough to prepare their students,” Villaruel said. “Unfortunately, the courses that I was taught at Senn didn’t really translate well when making that transition to college. I think when it comes to success, you need intelligence, talent, and hard work. CPS students need to work that much harder to obtain that success.”

Research shows that one way for students to increase their likelihood of going to college is to take college level courses in high school.

CPS only recently began increasing the amount of college courses available early on in high schools. Since 2014, the number of students taking courses through the City Colleges of Chicago (CCC) at their high school has more than tripled, from 1,055 in 2013-2014 to 3,655 in 2017-2018. This increase has also occurred statewide.

However, in CPS, there is a divide between college classes offered at highly-rated schools vs lower-rated ones. According to NPR, data show that selective enrollment high schools offer more AP classes than neighborhood high schools.

Villaruel said some of the courses he took at Senn didn't prepare him well enough for college.

“During my time at Senn, AP courses weren’t offered,” he said. “They were really ambitious when it came to their wall-to-wall IB program. I took three main courses: applied mathematics, IB physics, and IB Spanish. For me, those courses didn’t really translate well when I ended up deciding to go to UIC.”

A 2015 study showed that the benefits of taking a college level course are diminished for students of color and those with lower income background.

In the past few years, North Grand High School, a neighborhood school on the West Side, has been improving these key metrics.

Some of the programs and initiatives that have been implemented over the years:

Emily Feltes, who became the principal of North Grand High School in 2016, said the school was in the mid- to high-80s in terms of overall attendance rate eight years ago.

Feltes said that she works with her attendance coordinators on a daily basis to support her students.

“Some kids who go to [a] neighborhood school, just getting to school is difficult, and that could be for a variety of reasons,” she said. “They might live far away; they may have family obligations. They may be working late. So, in order to help students with attendance, what we did here at North Grand is create an attendance office.”

She continued: “Something I do as a principal is literally every day I check in with our attendance coordinators. I see how many students are absent and which students are absent. [Essentially] we're looking for trends and patterns…[and] we try to find the root cause of why the child is not making it to school.”

Studies show that if students are passing core classes freshman year, that puts them in a strong position to graduate on time.

Eight years ago, North Grand had a 76% freshmen on track rate. Since then, the school has consistently been at 90 percent or higher. At the 10-week mark, 97% of freshmen are on track.

What makes North Grand unique in this situation is that all freshmen are required to take a class called freshman seminar.

Lisa Courtney, who has been teaching at North Grand High School since 2007, is one of the main instructors for freshman seminar.

“Freshman seminar is a support class, but it's also [a] credit bearing class and students get a grade for it, they have it every day. So as opposed to other schools who have similar structures, but it might be an advisory, or like once a week,” she said.

Courtney explained the structure of the class and why it’s beneficial for students in their first year transitioning to high school.

“We do a lot of identity work [and] social emotional work that first quarter," she said. "[In the] second quarter we move into [a] mental health project that's part of their service learning requirement. [In the] third quarter we do college exploration…[and in the] fourth quarter we do job hunting, like basic resume interviewing skills.”

The Overall Decline in CPS Enrollment

According to an ABC 7 Chicago story from November, the amount of students enrolled in CPS has declined for the eighth year in a row. CPS announced that a total of 355,165 students were reported for the 2019-2020 school year across 642 schools. That’s down from the 2018-2019 school year when enrollment was at 361,314 students. Officials do say that the significance of this decline has decreased when compared to the previous three years.

Feltes said there are multiple factors at play when it comes to the decline in CPS enrollment.

“The answer is nuanced...some families are perhaps moving out of the city, like looking for more affordable housing...We have a great, beautiful, wonderful city. But sometimes it's difficult for families, [there are certainly] social and economic factors that influence attendance in public schools” she said.

“School choice is this idea that kids can have an option or a choice, they don't just have to go to their neighborhood school. If they don't get into a selective enrollment school, they might be able to go to another school and that's something that GoCPS has expanded.”

Looking Forward into the Future of CPS

Both Feltes and Courtney said they believe that CPS has lots of room for improvement when it comes to providing an education that is equitable for all of its students.

Providing an education that contains both value and fairness to all is key to improving CPS and its neighborhood high schools. Feltes believes that CPS is heading in the right direction.

“There are many other neighborhood schools and other CPS high schools that offer great programs that are going to prepare kids to be successful," she said. "So, I think as a district, we're working on making all of our schools better. So that no matter where you're from, and no matter what high school you go to, you're able to have that type of high-quality experience.” 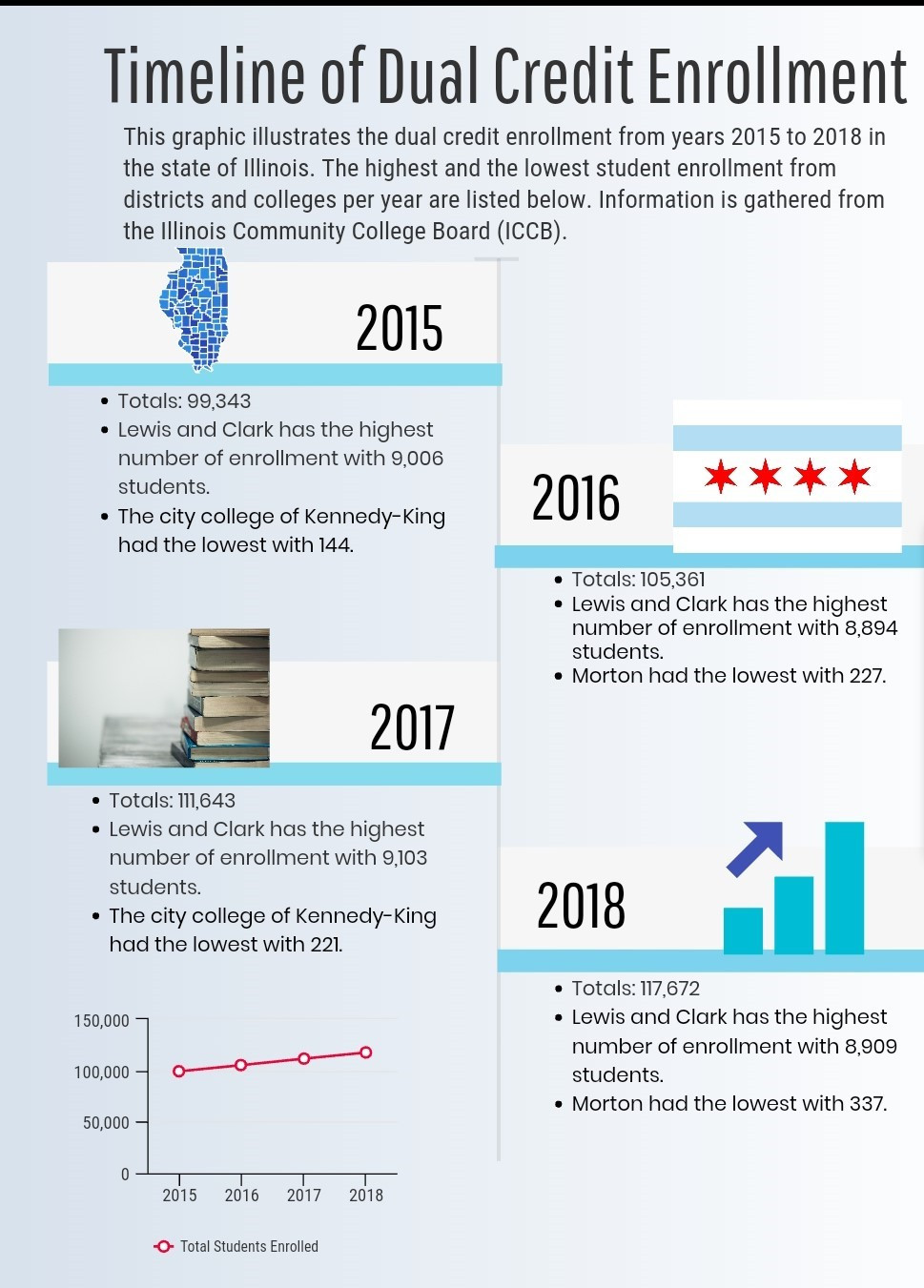