Numbers Not Adding up for Some Chicago, Suburban Restaurants 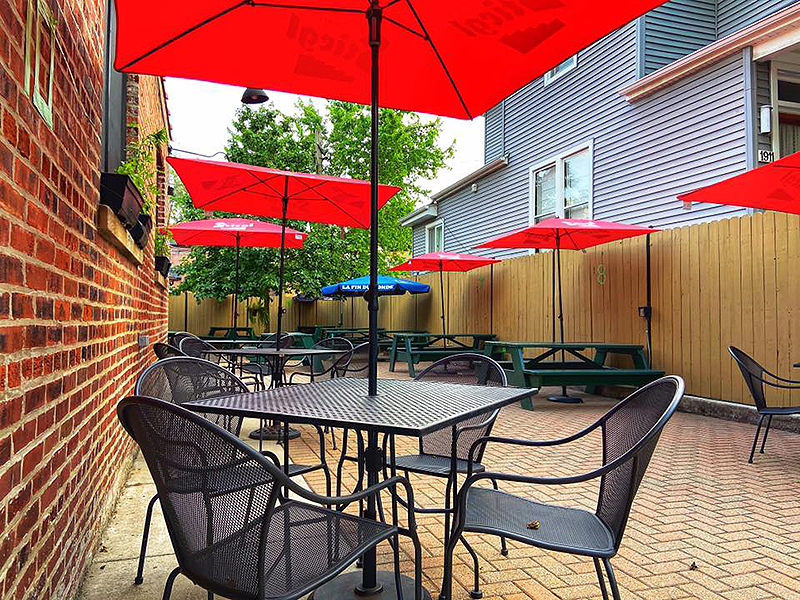 Since the pandemic hit in March, more than 41,000 restaurant workers have been laid off in Chicago, and an estimated 3,000 more will be added on the list.

Alexa Cruz, a full-time student and waitress for Boka Restaurant Group, is hoping she won’t be one of them.

With new regulations taking effect in November, including mandated Tier 3 restrictions on Nov. 20, restaurants have no choice but continue to lay off employees and possibly closing down their business.

“My income has dropped immensely,” she said. “With people tipping poorly and my hours getting cut, I am struggling to pay off my school tuition and bills.

“The thing about being a server, is that when business is down, we cannot count on our hourly wages. Sometimes my check comes around a good $6.”

Boka Restaurant Group, one of the largest hospitality groups in Chicago, has laid off over 500 employees from 12 of Boka’s 20 restaurants in the city.

“I saw many of my coworkers leave,” she said. “Some have been with the company for years and it was sad to see them go. How things are going it does not look like things will change for the better in the service industry.”

In the early beginning of the pandemic restaurants all across the country have been forced to shut down. In the month of April alone there has been at least 5.9 million hospitality jobs lost across the US.

Alex Kucera, a macroeconomics professor at the University of Illinois at Chicago has been analyzing the damage that unemployment has been causing to the economy of the United States.

“There was a steep drop in GDP last quarter signifying a decrease in spending activity,” Kucera said. “Many of these people who lost jobs may also be receiving unemployment which would help soften the loss of economic activity. We see this when comparing the number of unemployment claims vs. lost jobs.”

With over 2,000 employees, Boka Restaurant Group has grown to be one of Chicago’s most well known restaurant groups. Despite revenues of $105 million in 2019, they had to lay off one-third of their employees, cut business hours and have closed down two of their restaurants in the Gold Coast.

The Illinois Restaurant Association continues to fight back against closure of restaurants around the city by granting hospitality workers $500 to support basic living expenses. With a high number of applicants for this grant, the applications are evaluated in priority order. The funds are being taken from various sources and are also accepting donors.

With the upcoming closure of restaurants in Chicago, Cruz is now looking into unemployment applications and Employee Relief Funds, such as the Illinois Restaurant Association Educational Foundation (IRAEF).

Within the past several months the city of Chicago has seen restrictions being lifted and being placed time after time. Late October, Mayor Lori Lightfoot has forbidden indoor dining which has caused major issues to restaurants that do not offer outdoor seating.

“I work at Momotaro down at the West Loop. It’s one of the Boka’s restaurants that fortunately has outdoor seating, so we will continue to operate our regular hours,” Cruz said. “Sometimes I think to myself that the restrictions the mayor is enforcing is for the best of everyone, but there are other businesses that are operating just fine. This is unfair for the food industry.”

Over 70 restaurants have permanently closed their doors in Chicago as of November, according to the Infatuation.

Derek Campbell, general manager at Big Bricks Pizza and BBQ, has seen the struggle that restaurants are facing since the beginning of the pandemic. Big Bricks has been open for 25 years and had success in Lincoln Park and North Center.

In early September, Big Bricks had to close after struggling with the restrictions that city and state officials have put on the industry.

“We have always looked out for the safety of our guests and employees,” Campbell said. “We tried to follow the regulations the city has provided, but even then, we had troubles breaking even. Indoor dining has not been an option, outdoor dining is risky with weather changes, and takeout is just not enough to keep a Big Bricks running.

“Before the pandemic we had 50 employees working on the weekends with over 200 guests. I had to lay off 80% of my employees in order for us to keep this place open. As much as I would’ve loved to keep my employees, we couldn’t afford it. We lost $12,000 in the month of July alone from being closed and low on business.”

Campbell has also spoken to nearby restaurants that have been in the fight of this pandemic.

“Goldies, the bar across the street, had to implement food in order to keep their bar open during the summer,” he said. “They have been closed since March. Lori Lightfoot stated that only establishments serving food will be able to stay open. Goldies had never served food before, these are the measures these owners have to do in order to keep up with the restrictions.”

After forbidding indoor dining, many restaurants struggle to survive with limited outdoor seating or no seating at all. Permits and licenses for outdoor dining cost on average between $3,000 to $11,000 for these restaurants to operate. Chicago is known for its changes in weather, so paying over $10,000 may not be worth having outdoor seating while facing challenges to break even in a restaurant.

Different restaurants are taking various approaches when adapting to the city’s changes.

Jeiline Delgado and her parents are owners of Nueva Italy, a small pizzeria in Rogers Park. Since elected officials have been altering regulations, the Delgado family have decided to close indoor seating until the city sees a change. Jeiline and family have transitioned into takeout orders only.

“My biggest change in my family’s restaurant has to be our seating,” Delgado said. “We have decided to keep our business open for carry out and delivery only. This will ensure our staff and our guest’s safety and honestly it has been a good decision so far. We are following the mayor’s and governor’s rules and still have our business open. Fortunately, our family business has found most of its success from takeout orders, however I know we will have obstacles in the near future.”

The most popular way restaurants are getting to go orders, are from delivery apps. Apps such as Grub hub, Door dash, UberEATS, etc. However, even with orders being taken, these apps are taking a huge percentage from each order coming in. Third party delivery companies are suffocating restaurants money with fees and charges.

“We were able to save $2,500 in two weeks in the month of August from cancelling third party apps,” Campbell said.

After the closure of Big Bricks, Campbell had to move back to his hometown of Colorado. Like the over 41,000 restaurant workers, Campbell was out of a job.

“We will follow the rules, we will take protocol to ensure safety to everyone, but we need a chance to stay open and survive,” Campbell said. “With winter approaching I see no chance many of these restaurants will reopen until 2021, if they even open.”