By Charles Tharpe and Keven Flores |

Editor's note: Surnames were used for the domestic violence victim in this story.

Gov. J.B. Pritzker announced on March 20 a statewide stay-at-home order to maximize COVID-19 containment. While this was good news in the battle against the disease, it was bad news for many who are dealing with domestic violence.

Due to the order, many mental health officials say they are concerned about victims of domestic violence. According to the Centers for Disease Control and Prevention, one in four women and one in 10 men have experienced contact sexual violence, physical violence, and/or stalking by an intimate partner.

But an early analysis of crime data from the City of Chicago Data Portal shows a slight drop in domestic violence charges during the early stages of the stay-at-home order, part of a five-year, steady decrease in such crimes. From March 27 to April 5, Chicago had a reported 614 “domestic battery” incidents. That averages approximately 68 domestic violence incidents per day that are reported to the Chicago Police Department.

According to Chicago Data Portal, 2020 had the fewest domestic battery crimes reported than in the previous five years. In 2019, there were 691 incidents in the city of Chicago.

However, the Illinois Domestic Violence Hotline has received 6% more calls in March 2020 than it did in March 2019. On March 30, the hotline had the highest daily volume in more than a year with 104.

Kelly Maginot, the assistant director of UIC’s Campus Advocacy Network said the order is “specifically dangerous for those living with their abuser.” She said, “an abuser can be a roommate, family member, girlfriend or boyfriend, husband or wife.” Maginot and the advocacy network typically work with intimate partner abuse survivors.

According to Do Something.org, the largest non-profit for young people and social change, more than four U.S. children die from child abuse and neglect on a daily basis. More than 70% of these children are below the age of 3. In 2018, Illinois had 31,515 cases of child abuse incidents.

April is Child Abuse Prevention Month, and many child advocates are concerned about the children who are in potentially harmful circumstances. In many cities, calls to Children Healthlines have dropped significantly. In Pennsylvania, there was a large decrease in calls, and SpotlightPA reported this is dangerous because many calls are received from mandated reporters of child abuse.

Hugh Cole, a psychotherapist and coordinator of Howard Brown’s Violence Recovery Project, said that many people are experiencing amplified emotions and anxiety during these times. Howard Brown Health is one of the nation’s largest LGBTQ+ organizations with multiple locations within the Chicagoland area.

Howard Brown Health has created free virtual wellness groups to assist individuals mentally during the Stay-At-Home order. Cole said that although we are “physically distancing, we should retain social connection.”

During the stay at home order, many individuals who deal with domestic verbal, sexual or mental abuse are pressured to stay inside with their abuser. Illinois General Assembly  Charges domestic violence as:

Sheila, a Chicago domestic violence survivor, said she feels for victims who can’t escape their abuse for at least eight hours. She refers to the many Americans who have been forced to work from home and, in many cases, have lost their job.

Sheila said that work and school are the only form of relief some abuse victims have in their daily lives, which unfortunately, COVID-19 has uprooted.

Over the past six weeks, millions of Americans have filed for unemployment. Victims of domestic violence would find moments of peace with their partners away at work, must now remaining together 24/7 increases threat.

Victims are not alone. Kelly Maginot stressed that there are more than seven cultural centers on UIC’s campus that offer virtual meetings; and many different support groups.

“All you need to do is stay safe and we can build together,” Maginot said.

Hugh Cole, advised people who may be experiencing substance abuse or any traumatic emotional abuse to reach out for connection. “Small things like making phone calls or writing a letter.”

Aside from UIC, there are plenty of other resources in the Chicagoland area including: Chicago Metropolitan Battered Women’s Network; Connections for Abused Women and their Children (CAWC);Howard Brown Health, and the Domestic Violence Legal Clinic.

If you or anyone near you know is in immediate danger please call 911, as always the Illinois Domestic Violence Hotline is functioning 24 hours per day. Call or text: 877-863-6338. 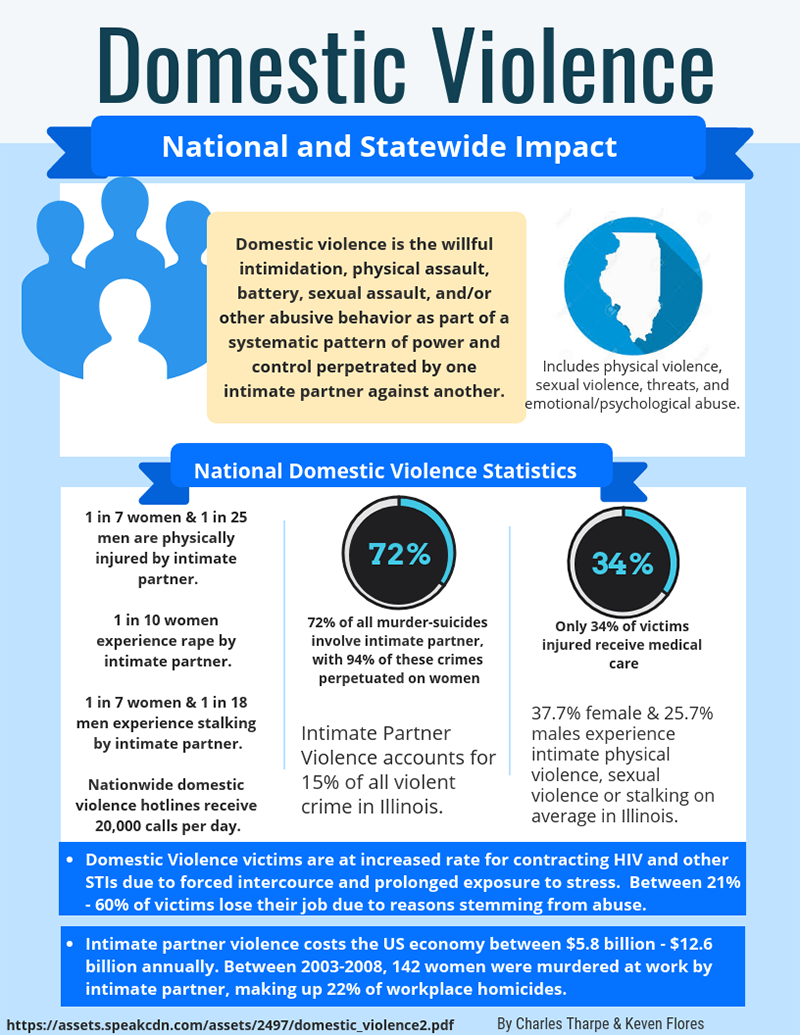