By Dom Jasinauskas and Myra Leon |

While a stern shelter-in-place order from Gov. J.B. Pritzker and Mayor Lori Lightfoot has moved Chicagoans indoors during the global pandemic, it hasn’t exactly put a halt to crime, an analysis of Chicago and FBI crime data shows.

The shelter-in-place order, which took effect on March 21 and has been extended twice through May, has forced the public to readjust their daily routine for the safety of everyone. Prior to that, many Chicagoans self-quarantined for up to two weeks as precaution against the deadly coronavirus.

And the data show that criminals may have made similar adjustments, too.

Chicago crimes are still being committed regardless of the shelter-in-place, particularly in four key areas: homicides, residential burglaries, scams and online child exploitation. Comparisons were made between March 2019 and March 2020.

According to data from the Cook County Medical Examiner, there were 30 homicide deaths in Chicago in March 2019, while March  2020 had 29 deaths. These homicides were caused from gunshot wounds or gunshot-wound complications. The absence of change between 2020 and 2019 showed that even a global pandemic did not affect Chicago’s homicide rate in the short-term.

One Chicago Police officer, speaking on the condition of anonymity, said there has been a decrease in robberies and burglaries in the far South Side.

“As communities are being asked to shelter in place (if they are not essential workers)," he said. "This makes the opportunity to commit robbery less likely. Moreover people are home now, so opportunities to possibly burglarize someone's home (when they are not there) are less likely, making burglaries less of an option right now. Moreover, with many places of business being closed or having decreased hours, thefts of businesses are also decreasing.”

The 2019 and 2020 data from the City of Chicago Data Portal supports the officer’s analysis. From early March to April 20, 2019, there were 616 residency thefts. During the same period in 2020, there were only 452. More than 100 fewer residential thefts were committed.

Chicago city officials have not directly attributed the city’s recent crime drop to the pandemic but have acknowledged it has coincided with the coronavirus. Several neighborhood businesses and some stores along Michigan Avenue have boarded up windows and doors after closing to reduce the risk of burglaries.

Although the decrease in crime rates have not been directly attributed to the coronavirus, there are certain crimes that have emerged as a result of the pandemic.

On March 20, the Federal Bureau of Investigation (FBI) released a public service announcement declaring that they have seen a rise in fraud schemes related to the coronavirus pandemic. Scammers are seeing this as an opportunity to steal people’s money, personal information, or both.

According to the FBI, the common fraud schemes include fake Centers for Disease Control and Prevention emails, phishing emails and counterfeit treatments or equipment.

The Better Business Bureau Scam Tracker indicates that there were 18 coronavirus-related scams reported in Illinois as of March 14. However, out of those 18 only two scams were reported in the Chicagoland area.

“Email vulnerabilities are scams that don’t typically change. The only change now is the coronavirus topic within the subject line that causes people to panic,” said Siobhan Johnson, Special Agent and Public Affairs Officer from the FBI Chicago Division.

Johnson said she anticipates an increase in business email compromises scams. She added that this scheme involves workers receiving emails from someone they believe is a company they normally conduct business with as an attempt to reveal their personal information.

“Scammers have been targeting people from the government and have now moved to people working online,” Johnson said. “The victims that are most affected by these crimes are young adults and elderly people.”

Johnson added that young adults should be careful with what they post on their social media platforms because it can reveal potential answers to their security questions. Overall, she urges everyone to use good “cyber-hygiene” and security measures.

Another crime that has been on the FBI’s radar is online child exploitation.

On March 23, the FBI issued a press release to inform parents, educators, caregivers and children about the increased risk of child exploitation due to the newly developing environment.

According to the FBI, online sexual exploitation comes in many forms. Individuals may coerce victims into providing sexually explicit images or videos of themselves, often in compliance with offenders’ threats to post the images publicly.

The Office of Juvenile Justice and Delinquency Prevention reported that the Internet Crimes Against Children Task Force Program conducted more than 81,000 investigations and 85,700 forensic exams during the 2019 fiscal year. These efforts resulted in the arrests of more than 9,500 individuals.

Johnson encouraged parents and caregivers to find an opportunity to teach their children about Internet safety and safe online surfing.

When asked if the FBI anticipated these crimes, Johnson said that the FBI knew these crimes were imminent and were prepared for it.

“Every time there is a crisis, scammers are behind it,” Johnson said. “It is important to stop, take a deep breath, and look at the information before taking any further steps.” 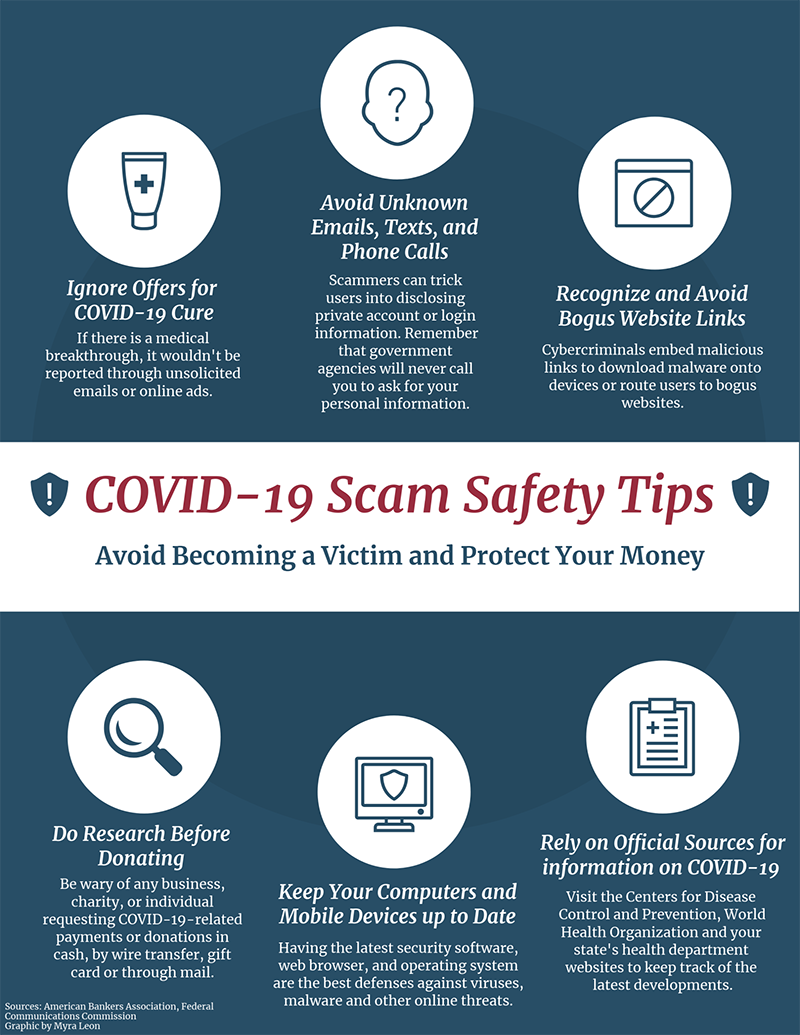