Although the summer is winding down, many Chicagoans are still loading up their beach bags with sunscreen and flip flops to enjoy a day of surf and sand.

But one thing they may not have prepared for though, is the poor water quality awaiting them at certain beaches. In a recent study released by the Natural Resources Defense Council (NRDC), Testing the Waters 2014, Illinois was ranked 15th out of 30 states in beach water quality.

“The big news is that our beaches continue to suffer from a range of stubborn pollution problems,” said Karen Hobbs, NRDC Senior Policy Analyst. “Across the country about 10 percent of samples exceeded national standards for levels of bacteria, and here in the Great Lakes Basin we had about a 13 percent exceedance rate.”

The study lists the worst offenders as Montrose Beach and South Shore Beach. In both cases, 31 percent of water samples taken from Montrose and South Shore exceeded the Beach Action Value (BAV), a protective threshold issued by the U.S. Environmental Protection Agency (EPA).

“The criteria exceedance basically means that when beach managers go out and test the water … if they find levels of bacteria indicating human or animal waste in the water [and] if that exceeds a certain threshold, there’s an advisory issued where people should be very careful about going into the water,” Hobbs said. “If the exceedance levels are high enough, then the beaches are generally closed for swimming.”

According to Marek Stankowski, a project manager in the Department of Natural Resources at the Chicago Park District, the park district rarely issues total swim bans anymore. However, they test beach water quality at least five times per week as well as over the weekend if a swim advisory is released on a Friday.

“We have the predictive modeling that we use on the lakefront to get the real-time information and predict water quality, like the weather man tries to predict the weather for tomorrow,” Stankowski said. “Currently we are doing qPCR testing for DNA markers. We are testing five beaches – Calumet, Rainbow, South Shore, 63rd and Montrose – trying to determine if there’s any DNA evidence to see if we can link any other animals to the water and water quality.”

Storm water pollution is by far the largest known beach polluter, Hobbs said, but the exact causes vary from beach to beach.

“What we think is so encouraging about what the Chicago Park District is doing is that they’re really taking the time to understand what the pollution sources are at the different beaches,” she said. “So they’re looking at how they can invest more in things like green infrastructure, which are natural and built systems; things like bioswales and street trees and green roofs and rain gardens that literally capture rain where it falls and prevent it from overflowing into our beach water.” 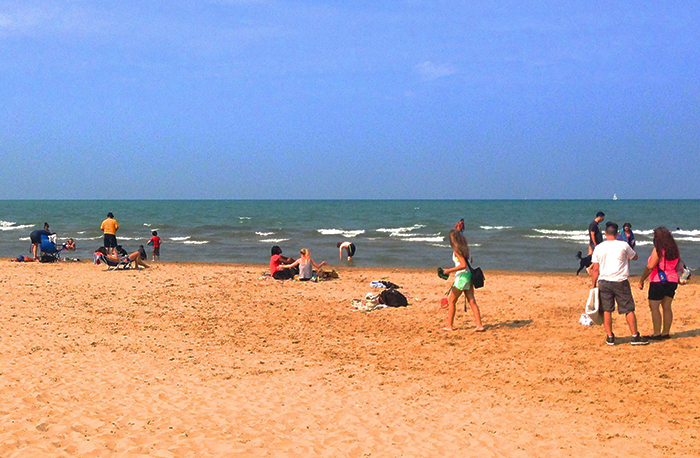 Montrose Beach, a dog beach, is one of the city's worst as far as water contamination, an NRDC study shows.
(Photo/Sadé Carpenter)

What You Need to Know

“[I] just want to stress that you know when you do come to the beach, please keep our beaches clean … do not feed the birds, do not attract wildlife to the beach,” he said. “We already established that some swim advisories come from droppings of the gulls, so we don’t want to attract them to the beach; we want to keep them away from our beaches.”

Hobbs said people who swim in water polluted with E. coli are more at risk for a variety of gastrointestinal and upper respiratory tract illnesses, rashes and other skin diseases. She recommends beachgoers check for advisories before leaving the house.

“You know fundamentally this is a public health issue, and people need to understand what the risks are when they go to the beach,” Hobbs said. “The only way we can do that is if we’re very transparent about what those pollution sources are, what the solutions are … and then really work to protect our local economies as well as the people who enjoy our beaches.” 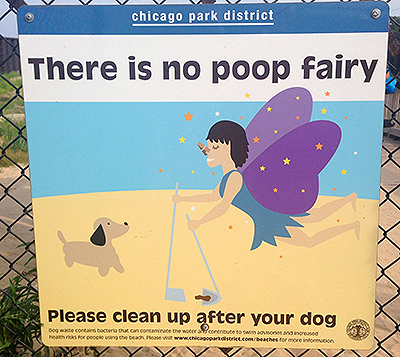