By Ody Suarez and Juan Latapi

A June 3 groundbreaking marked the start of construction on the first LGBT senior housing project in the Midwest, which is due to open in 2014 in Lakeview's Boystown neighborhood.

The venture, part of a joint effort between The Center on Halsted, Heartland Alliance and the City of Chicago, will be a six-story building adjacent to the Center on Halsted, an LGBT community center in Boystown. It will contain 79 studio as well as one-bedroom apartments. The building is designed to serve low-income LGBT seniors.

One main contributor in this effort is Heartland Alliance, a non-profit entity in charge of organizing the funding for the project.

Heartland Alliance spokesperson Nadia Underhill said that the project has been many years in the making and that Heartland  has been active with it for a couple of years now.

“Heartland was chosen in 2011 by the city,” Underhill said. “The financing, which came from an assortment from different public and private sources, started coming in 2012.” 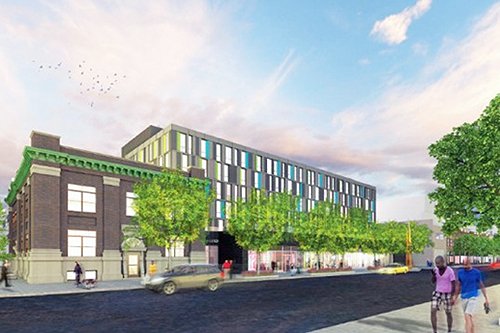 Rendering of what the LGBT housing will look like. (Courtesy/The Gensler Agency)

The building will be located on the northwest corner of Addison and Halsted, a space previously occupied by the 42nd district police precinct, which moved to a new facility down Addison Street last year. The project includes a brand new modern building,which will be located in a vacant lot next to the police station. The proposed plan will also maintain the original historical facade from the police precinct, which was built in 1907.

“This is an excellent example of how the City, local residents and non-profit groups can work together to create something special,” said Ald. Tom Tunney (44th) through a Heartland Alliance press release.

Erin Duffy, Tunney's director of Communications and Community Outreach, said that due to the building’s historical significance, the ward secured a landmark status for the structure, which will allow for the project to preserve the original look, while adding new and modern facilities to serve the community.

The plan was officially announced through a press conference with Mayor Emanuel in March. He announced that he planned to introduce a measure to the city council in order to provide funds to the project. Along with the funding, city support will also include $1.5 million in tax-credit donations, made possible by the $1 sale of the former police station and the adjacent 27,000-square-foot land parcel.

“People [in the community] wanted housing there,” Duffy said. “Affordable and safe housing is a critical issue for seniors in Chicago.”

Katy Weseman, DePaul University’s LGBTQA Student Services Coordinator, said the project is designed to provide a safe place where many people will have a commonality with residents that live there.

“Part of what senior citizens need in this LGBTQA community is a sense of community, safety, and support,” Weseman said. “The possibility for lack of inclusion or lack of an inclusive environment in more traditional housing options, and being estranged by their family of origin [are why the community would want such project].”

DePaul sophomore and Chicago native, David Hupp, 25, said that the project would have a positive impact on the LGBT community because of its inclusive nature.

“I think that it’s useful because LGBT seniors don’t get a lot of attention normally,” said Hupp, who is openly gay. “Having an environment where they are explicitly welcomed is a good thing. Plus it’s in a good location in the center of the community.”

The structure was designed by the Gensler Agency, a well-known architectural firm famous for its projects in Chicago and the around the world, including The Center on Halsted, The Abu Dhabi Financial District and The Shanghai Tower.

Aside from housing, the building will feature various community activity rooms, a cooking and dining room, and two retail spaces on the ground floor facing the busy Halsted corridor. 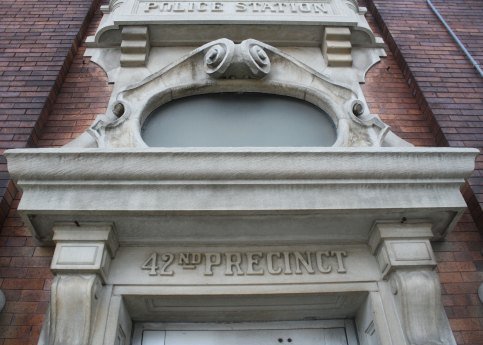 Additionally, the building’s close proximity to the Center on Halsted will allow future senior residents to enjoy the various programs offered by the facility.

The entire project will be environmentally friendly by meeting LEED Silver standards with the help of high-efficiency fixtures, finishes with high recycled content, and high-efficiency mechanical systems.  It will also include a green roof open space where members will be able to interact.

Seniors ages 55 and over who meet the requirements can reserve a space three to six months before it opens. Because it is a low-income housing project, applicants should be able to prove that they have an income lower than $32,000 per year.

“Within the next five to six months, Heartland Alliance will start to promote the project through an intensive community outreach program,” Underhill said. “We will then start examining applications and selecting candidates based on the guidelines.”

The City of Chicago is also working closely with the developers to ensure that the project follows fair housing act guidelines.

“While it’s geared more toward LGBTQ, you don’t have to be part of the LGBTQ community to live there,” Duffy said. “You will not be discriminated based on your sexual orientation or gender identity.”

The Center on Halsted has been selected as the service provider for the project. According to its website, everything down to the paintings on the walls will be catered to the gay and lesbian crowd. While the new center won’t discriminate based on gender identity or sexual orientation, it will be clear to seniors that community life at this residence will be very different.

The building’s location will enable residents to access many different services at a walking distance. Public transportation will be available through the Red Line’s Addison station as well as bus routes such as the No. 8 Halsted as well as the No. 152 Addison bus.

“I think old people are kind of invisible in the gay community,” Hupp said. “So sticking them right smack dab in the middle of the community will allow them to stay engaged.”